366 new planets have just been verified by astronomers. These new worlds are in addition to the 4,569 planets in our galaxy that have previously been confirmed. Behind this bountiful harvest, ExoMiner, a novel deep neural network.

The Kepler Space Telescope ran out of fuel in October 2018, almost 10 years after it was sent into orbit. During this time, it was instrumental in the finding of hundreds of exoplanets, completely changing our perspective on alien life. Despite the overwhelming success during its lifetime, the data collected by this great telescope still has some surprises for us.

In this context, astronomers used a new deep neural network a few months ago to discover the existence of several hundred additional planets emerging inside our galaxy.

Deep neural networks are machine learning techniques. These are artificial intelligence (AI) systems that enable a machine to learn from data. These approaches have been used to analyze data collected by various telescopes in the past, although they are not always accurate.

This equipment enables researchers to dive into the vast data sets acquired by Kepler during its last years in orbit, saving them years of research and yielding an equally effective (if not more) outcome.

ExoMiner project manager Hamed Valizadegan remarked, “When ExoMiner says something is a planet, you can be confident it is a planet.” “It is incredibly accurate, and it is more dependable than human specialists in several instances.”

ExoMiner was able to confirm 366 planets in all. In more concrete terms, a planet is considered to be “verified” when the evidence revealing its existence is exceedingly improbable to be explained by other known events following an investigation. All of them have been confirmed in the remaining “possible planets – or candidates” dataset, which is available in Kepler’s archives.

None of these newly discovered planets resemble Earth and are not located in the habitable zone of their star.

ExoMiner’s work is not over. With a little tinkering, researchers might leverage the network’s efficiency to evaluate data from other telescopes, such as TESS, the next PLANetary Transits and Oscillations of Stars or PLATO mission from the European Space Agency. 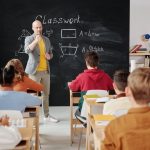 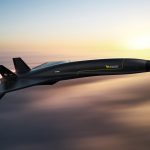