The aviation industry can only dream of such efficiency. Once in the air, Andean condors hardly have to put much of an effort into making the distance.

Andean condors (Vultur gryphus) are neither the heaviest flying birds (that honor goes to the big bustard with 35 lbs. and thus 4.5 lbs. heavier) nor do they have the largest wingspan: the king albatross surpasses them with its 12-foot wide span—1.3 feet more than the condors. But the South American vultures may be the most efficient gliders in the animal kingdom, as a study by Emily Shepard of the University of Swansea and her team in “PNAS” suggests.

Andean condors can glide in the air for up to five hours without flapping their wings once. One of the birds, which was monitored with the help of motion sensors, covered a distance of 106 miles without a single flap. On average, they only actively moved their wings during one percent of the total flight time, otherwise they optimally exploited rising air currents. During the study, the sensors continuously recorded wing flapping, as well as twists and turns of the condors.

On the other hand, the launch is extremely energy-intensive because the animals have to beat their wings intensively, says Hannah Williams of the Max Planck Institute for Behavioral Research, who participated in the study. The decision as to when and where an animal lands and when it changes the flow if its flight is therefore crucial, as take-offs after unnecessary landings significantly increase the total cost of the flight. The areas between ascending thermals are especially critical for the condors, because they can not just glide, but have to fly actively.

The birds would therefore have to recognize exactly how the thermals behave and adjust in order to fly as efficiently as possible. The biologists now want to explore how the condors locate the air currents. It would be possible, for example, for them to observe other birds and draw their conclusions from their behavior, or to learn this behavior by “creating” their own flow maps of their habitat.

Andean condors live along the entire mountain range from Venezuela to Chile. They regularly fly from their nesting sites in the high mountains to the Pacific coast to eat the carcasses of whales or seals stranded on the beach. 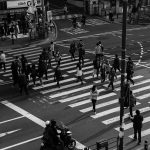 Previous post The world's population to shrink massively by 2100 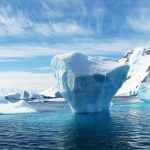