It has been known for some time that children are able to learn at breathtaking speed. But how does it work: that’s what researchers have now found out.

Using an artificial intelligence tool and an eye-tracker that tracks the movements of a baby’s eye, scientists from the Thunders Research Institute for Brain, Cognition and Behavior investigated one of children’s greatest mysteries and came to a surprising conclusion.

It may seem very different, but babies are certainly not lying around randomly. “Babies don’t explore the world by chance, with their eyes falling on it. Babies have a strategy if they want to understand the world. First, they look for those pieces of information that allow them to understand other information faster and more efficiently. Conversely, if they see an object or event from which they can learn nothing further, they simply reject it. Only the information useful to them, they select,”, says Dr Francesco Poli.

That sounds easier, even for a baby, than done. Because how does a baby know what is important and what is not? That too has been investigated by Poli, because what a child learns in any order is not the same for all children. “However, there are basic interests such as crawling and moving, that’s what all babies love. We do see preferences developing soon after, but that has to do with the cultural differences between babies. For now, we know that all babies learn strategically. Whether it’s new toys or new faces, they filter what they’re going to need.”

There are three ways to determine what is important to learn, suggests the researcher. “We have innate preferences. For example, newborns much prefer to look at faces than any other things. This works on an instinctive level. A second way is imitation. Babies are surrounded by a social environment and they understand what is important to them as babies by looking at what is important to those around them. And then there’s the third way, and that’s what we’ve shown in this study: that kids care about what matters, that they can learn more from. For example: listening to a living person, they learn new words and intonation from it. But listening to a toy that repeats the same words over and over again, doesn’t make them any wiser. Their aptitude for wanting to learn to the max will therefore give preference to the talking of a living, real person.”

BABIES BUILD THEIR KNOWLEDGE. THEY ARE LIKE LITTLE SCIENTISTS WHO, WITHOUT ANY BASIC KNOWLEDGE, START WITH ONE BLOCK AND GRADUALLY GET AN IDEA OF HOW THE WORLD WORKS

“Let’s take another good example: learning to talk. What we invariably see is that babies who are about to say their first word begin to investigate a few weeks before how to use their mouths to talk. Instead of looking at the eyes in faces, they study carefully for weeks the mouths of the people who talk to them. So they are in a constant state of maximum learning capacity!”

To his surprise, Poli found out that babies are not incomparable to scientists who use their knowledge as building blocks for the next piece of knowledge. “Babies build their knowledge. They are like little scientists who, without any basic knowledge, start with one block and gradually get an idea of how the world works. It is important that they, like scientists, like to see their idea challenged. For example, they learn very quickly that objects fall down and don’t just disappear. And this is why they love bubbles so much: they do float up and then disappear! This can fascinate children immensely, because it challenges the idea of what they have just carefully learned about individual objects. In fact, we have found that young children do a lot to test their idea of what they have learned. They are always looking for a challenge, because that’s what they learn the most from. In that sense, children are so very different from adults. On the contrary, we are busy seeking confirmation of our idea and rejecting the challenge. So we don’t learn much from that.”

The research can, according to the psychologist, help to redetail education and help children with learning. “We’ve always known that children are amazing learners, and now that we know that they’re strategic in their learning processes, it offers opportunities to educate them in a way that matches their natural ability. Moreover, many children struggle with learning difficulties and by intervening at that age we can protect the child from the negative consequences.” 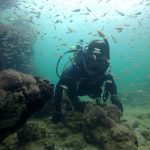 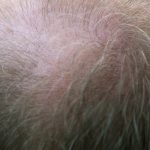