A few days ago, American biologists documented a rare case of gynandromorphism in a Rose-breasted Cardinal. In other words, the bird had a male side and a female side.

Recently, researchers at Powdermill Nature Reserve (Pennsylvania) captured and banded a Rose-breasted Cardinal (Pheucticus ludovicianus) unlike any other.

These birds are indeed normally sexually dimorphic, which means that males and females have different plumage colorations. Males have pinkish coverts (short cover feathers) and black feathers, while females have yellow coverts with more brownish wings. This strange specimen, howeve, is gynandromorphic. In other words, as cut in half, it has a female half, and a male half.

Gynandromorphism is a known phenomenon. Cases have indeed been recorded in bees, butterflies, crustaceans and other birds, but practically none in mammals. In 64 years of banding, the avian research center at Powdermill claims to have recorded only a handful of these specimens.

“It was spectacular,” enthuses Annie Lindsay, head of the reserve’s bird banding program. She also points out that these color differences will be all the more marked in the spring, during the breeding season.

This relatively rare phenomenon is still poorly understood. Nevertheless, the researchers speculate that the bird was the result of an unusual biological event in which two sperm fertilized an egg with two nuclei instead of one.

In this specific case, the egg can then develop male sex chromosomes on one side and female sex chromosomes on the other. Note that unlike hermaphrodites who also have genitalia of both sexes, gynandromorphs are entirely male on one side of the body and female on the other. Otherwise, this Cardinal has a testicle on the right and an ovary on the left.

One of the most nagging questions for researchers is whether this bird can reproduce. Since only the left ovary is functional in birds and the left side of this bird corresponds to the “female side,” this Cardinal could in theory be able to mate with a male and produce offspring.

In contrast, the researchers point out that its ability to reproduce could also depend on whether it sings like a male, which could attract females and elicit a territorial response from other males.

In the meantime, researchers have taken some of its feathers for DNA analysis. The bird has since been released into the wild.

A team of researchers also detailed, last April, the unprecedented discovery of a case of gynandromorph in a bee. 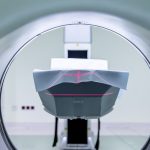 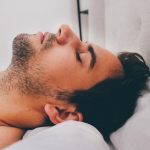 Next post 11 Things that happen when you sleep
0 Shares