An Australian study shows the value of using MRI as the first step to diagnose prostate cancer. An examination that would reduce the number of biopsies, which are invasive and costly.

Currently, in the US, the diagnosis of prostate cancer is based on a biopsy, to look for the presence of cancerous cells, and at least one imaging test, in particular MRI which makes it possible to obtain “precise mapping” of the tumors. But according to an Australian study published on October 6 in the journal BJU International, the use of MRI as a first line would prevent the biopsy, which is often invasive and expensive.

The scientists wanted to assess the impact of the introduction of multiparametric MRI for the diagnosis of prostate cancer in Australia. This type of MRI, which allows better detection of small tumor foci, was indeed introduced with the aim of reducing the number of prostate biopsies performed in the country, these consisting in taking prostate fragments by inserting a fine needle into the prostate via the rectum.

According to the researchers, the introduction of multiparametric MRI in 2012 “coincided with a reduction in the number of prostate biopsies,” on average 355 fewer per month. This suggests that multiparametric MRI alone is sufficient to diagnose prostate cancer. In addition, the annual savings achieved through this method have been estimated at $13.2 million.

“Our work shows that the publicly funded MRI of the prostate is not only good practice in terms of health equity, but is also financially relevant,” says study director Thomas Whish-Wilson.

While prostate cancer is most common in men, the value of its screening has not been demonstrated: digital rectal examination and PSA testing are not tests reliable enough to detect it. In addition, nearly half of the prostate cancers that are detected evolve very slowly and do not require treatment, but no tool today makes it possible to distinguish them from the most aggressive cases: there is therefore a risk of overdiagnosis and overprocessing. However, according to some studies, MRI, which is more efficient and precise than a biopsy, would prevent this risk. 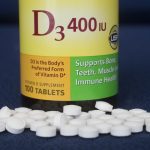 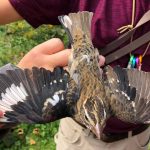