The Bitcoin network could consume 184 terawatt hours of electricity this year; almost as much as all data centers on Earth.

And it’s not just Bitcoin’s energy consumption that’s getting out of control. The energy consumed is also estimated to result in an emission of 90.2 million tons of CO2. As a result, the emissions of the Bitcoin network are roughly comparable to those of a metropolis such as London, according to an article by financial economist Alex de Vries in magazine joule.

The fact that bitcoin is power hungry has been known for some time. But because the currency is becoming more and more valuable, energy consumption is also increasing, according to De Vries.

He draws that conclusion based on the rise of the coin’s value in recent months. In January, the value of the coin exceeded 35,000 dollars for the first time. The high value encourages people to start mining Bitcoins and thus leads to higher energy consumption. De Vries estimates – based on the value that Bitcoin had in January – that the Bitcoin network will consume about 184 TWh of electricity this year. That’s almost as much as all the data centers on Earth. And a significant increase in electricity consumption prior to Bitcoin’s spectacular increase in value; in the years before, the estimated annual energy consumption was between 78 and 101 TWh.

Those who want Bitcoins can choose to ‘mine’ them. You earn Bitcoins by using a computer to solve difficult mathematical equations. Solving these equations takes a lot of computing power and therefore energy. Especially now that it is happening on a large scale; it is estimated that in January all miners together made 150 trillion attempts every second to solve the mathematical equation and win Bitcoins.

What Bitcoin will do in the coming months remains to be seen. But it probably doesn’t even matter that much for energy consumption, according to De Vries. Based on the high value that Bitcoin had in January, miners have invested so heavily in new hardware that energy consumption will continue to increase over the course of this year regardless of what bitcoin will do in terms of value. This is because the demand for hardware exceeds the supply and a large part of the ordered hardware can only be delivered and used much later in the year. “In January, it was announced that Bitmain – one of the main manufacturers of bitcoin mining equipment – had already sold out until August 2021 due to ‘overwhelming demand’,” de Vries writes. When people receive their hardware ordered in January based on the high Bitcoin value sometime in the summer, they will use it – regardless of the value that bitcoin has at that time. And so energy consumption increases independently of the Bitcoin value. “Even if bitcoin drops 25 or 30 percent in value, you can still expect the same energy consumption (whether bitcoin remains stable or increases in value, ed.).”

According to De Vries, people are becoming more and more aware of bitcoin’s skyrocketing energy consumption. “But people still underestimates how big this problem can become. The need of the network can already go to the level of all data centers worldwide (i.e. anything that supports, for example, the cloud, Big Tech or the internet itself), while the currency is still very small. The system can handle only five transactions per second, and only a few large companies have now put their money into Bitcoin. I don’t do price predictions, but it seems logical to me that as bitcoin’s popularity continues to grow, this problem will also escalate much further.”

And not only energy consumption and emissions are worrying. Bitcoin’s popularity brings even more challenges. For example, De Vries points out that mining rigs with which Bitcoin can be mined have a fairly short lifespan. And so the enormous popularity of Bitcoin can also result in a lot of electronic waste. In addition, the demand for hardware to mine Bitcoins increases the global shortages of computer chips. In the mining rigs there are the same chips as in your PC and in electric cars.

In view of the major consequences that the popular cryptocurrency can have in many areas, according to De Vries, it is not inescapable that governments will intervene in the long term. At the local level, that has happened before. In January, for example, Iran seized mining equipment after power outages attributed to cryptocurrency mining.

“Although Bitcoin is a decentralized currency, many aspects of the ecosystem around it are not decentralized,” De Vries writes. And those aspects can be addressed to combat energy consumption, emissions and other undesirable side effects of Bitcoin. There could be, for example, a special tax on mining equipment. Or, the number of chips that mining equipment manufacturers are allowed to own themselves can be limited. In addition, the energy tariff for large-scale miners – which are easy to detect given their electricity consumption – could also be increased.

At the same time, policymakers should also be aware that miners are unlikely to be caught for one hole. “In the end, every laptop or computer is theoretically able to participate in mining, at any location with internet and electricity. Miners can therefore simply move or mine in a more decentralized way in the event of adverse policy-making.”

In addition, however, it is also possible that government intervention results in solutions from within. “The Bitcoin community could choose to replace the ‘mining’ part of the system,” de Vries said. “Nowadays, for example, a large number of cryptocurrencies use proof-of-stake, where creating new blocks for the blockchain depends on power rather than computing power. In theory, this could also be used in Bitcoin. Because computing power does not play a role in this, this offers a complete solution. Perhaps external measures can motivate the community to do this – but this is not currently being considered.”

The future of Bitcoin

What the future holds is often difficult to predict. But especially in the case of an erratic cryptocurrency like Bitcoin. De Vries therefore stresses that researchers like him always have to do with the information that is available. According to him, this research clearly shows that it is quite easy to estimate on the basis of that information where the total energy needs of the network are going – at least in the short term. What the long term brings remains to be seen. “Who knows what will happen in 2024? Maybe everyone will be using Bitcoin, maybe no one and maybe by then everyone will have forgotten bitcoin again.” 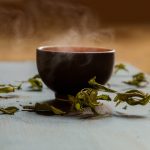 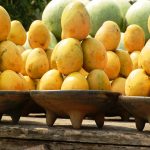