Green tea and black tea can lower blood pressure and reduce the risk of stroke–research shows. But can green tea also prevent cancer? And what about cancer treatment?

The power of catechins

The power of green tea is attributed to the antioxidants, called catechins, that it contains. You can also find it as a supplement. Green tea leaves contain so-called polyphenols. In connection with cancer, the polyphenol would be ‘epigallocatechin-3-gallate’, which plays an interesting role. In a number of studies, this substance appeared to inhibit the formation of tumor cells in multiple organs, including in the esophagus, lungs, stomach, breast and ovaries.

However, the observations concern research done on cells in the laboratory. The results cannot simply be translated to humans, because substances in the human body behave differently and the reactions can be different. The 2018 Report of the World Cancer Research Fund also shows that there is insufficient evidence that green tea helps reduce the risk of cancer.

On the other hand, no significant effect was found on the risk of liver cancer, colon cancer, pancreatic cancer, cancer of the urinary tract, prostate cancer, lymphoma, glioma and leukemia. However, the tea could slow the progress of chronic lymphocytic leukemia, breast cancer and skin cancer to a limited extent. Green tea could also prevent or reduce diarrhea and vomiting caused by radiotherapy at the abdominal cavity or pelvis.

How much green tea can you drink?

Three to nine cups or 250 mg of catechins a day is ok for adults. During pregnancy, breastfeeding and heart problems, a maximum of 2 cups per day is recommended. Green tea can reduce the absorption of iron and other vitamins and minerals. If you drink a lot of green tea, it is therefore best to have your iron status checked regularly by means of a blood draw.

Due to its antioxidant action, green tea could reduce the effect of oxidizing treatments: radiotherapy (of amounts higher than 450 mg/d in supplement form), cyclophosphamides, dacarbazine, platinum analogues, anthracyclines and antitumor antibiotics bleomycin and mitomycin.

No green tea with bortezomib

Research has shown that components of green tea in combination with targeted therapy (molecularly targeted chemotherapy) containing the substance bortezomib may reduce the efficacy of treatment. This treatment is also known as ‘Velcade’ and is used for multiple myeloma.

Many people mistakenly believe that green tea is healthier than black tea. Green tea would contain more antioxidants. These are substances that can inhibit the harmful influence of oxygen and free radicals in the body. Free radicals play a role in the development of cancer, cardiovascular disease and aging symptoms. However, black tea contains as many antioxidants as the green variant, only the composition differs. Green tea contains a little less thein (a form of caffeine) than black tea, but you don’t get too much from black tea either. 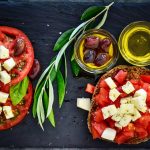 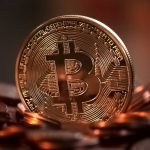