Similar in nature to substances normally found in the body, caffeine is rapidly absorbed. It can have a direct influence on the pregnancy and on the baby itself. This is why, during pregnancy, the consumption of coffee, and any other drink containing caffeine is advised against or be kept to a minimum.

The risks of drinking coffee during pregnancy

While coffee is a drink rich in polyphenols, the most powerful anti-oxidants, the caffeine it contains stimulates the nervous system, and often, during pregnancy, women are even more sensitive to it. It can indeed cause nervousness, palpitations, and more or less severe headaches.

In addition, taken in too large a quantity, caffeine can accentuate all the small frequent ailments of pregnancy: coffee may aggravate your nausea and/or your heartburn. Of course, if you’re struggling to get a restful night’s sleep, caffeine won’t help and in many cases make your sleep problems and insomnia worse.

As a diuretic, coffee also increases fluid loss and can decrease the absorption of iron, this precious mineral is essential for pregnant women because of the increase in blood volume and which is absolutely necessary to properly oxygenate the baby.

The risks of caffeine for the fetus

Beyond the effects on pregnant women, caffeine, if consumed excessively, can have harmful repercussions on the fetus itself.

According to a large Norwegian study carried out on nearly 60,000 pregnant women and published in the journal BMC Medicine, caffeine could induce growth retardation in the fetus. However, Scandinavian researchers have not validated the link between caffeine intake and the risk of premature birth.

According to the results published in 2013, mothers who consume between 200 mg and 300 mg of caffeine per day are more likely to give birth to a baby with a low birth weight than those who have ingested less than 50 mg of caffeine per day. According to Sophie Guillaume, president of the National College of Midwives of France, “This reduction in weight does not pose a problem for a baby of normal size and in good health, but it can have consequences for a baby who would be in the lower part of the weight curve or who would have other associated risks”.

Like nicotine, alcohol, antidepressants, or drugs, coffee releases psychoactive substances, which attach themselves to brain molecules, essential in the development of the baby’s brain. In this regard, a large study was conducted by French researchers during which neuroscience experts reproduced in female mice a regular consumption of coffee (equivalent to 2-3 cups per day in humans), throughout the gestation period (19-20 days) and until weaning. The caffeine in 2 to 3 coffees is enough to “affect the developing brain, causing the offspring to be more sensitive to epileptic seizures and to memory problems”, noted Christophe Bernard, author of the study.

Caffeine, therefore, affects the developing brain by disrupting the process of neuronal migration. Nevertheless, the researchers relativize these conclusions by recalling the difficulty of transposing the results obtained on animals to the human population without taking into account the differences in development and maturation between the species.

How much coffee can pregnant women drink?

During pregnancy, according to the World Health Organization (WHO), pregnant women should not consume more than 300 mg of caffeine per day. This maximum amount concerns all sources of caffeine: coffee of course, but also all other drinks such as tea (including green tea), cola-based sodas, energy drinks, and chocolate which contain caffeine in sufficient quantity.

The key is therefore not to abuse these drinks which contain caffeine, and to opt most of the time for water (possibly flavored), herbal teas and from time to time for fruit juice, and vegetables that are free of caffeine.

Note that not all drinks made with coffee contain the same amount of caffeine, depending on the preparation method and the type of coffee used. The same is true for tea. However, the latter remains less caffeinated than coffee for the same amount.

If you are a tea lover

Regarding tea, the maximum recommended dose for pregnant women is on average around 4 to 5 cups of tea per day.

Remember that the theine in tea is the same molecule as caffeine and therefore has the same effects on your body and that of your child. Only Rooibos tea does not contain theine: it is, therefore, best to convert to it from the start of your pregnancy.

Otherwise, here is the perfect trick to significantly reduce the amount of theine in your drink: discard the first tea water and re-brew the same teabag. The theine is indeed very soluble, it is released at the very beginning of the infusion.

Green tea is also a very good alternative because it contains nearly half as much theine as black tea, Oolong tea, or mate tea for example. The longer you steep your tea, the more theine will increase. Herbal teas are theine-free and are therefore perfect to consume during your pregnancy. 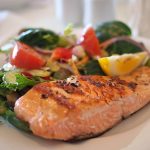 Previous post Can you eat seafood and fish during pregnancy? 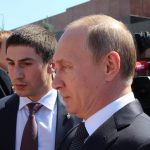