A small town in the Tokyo region has taken an unprecedented step in the country and perhaps even in the world. Indeed, it is now forbidden to fix your phone while walking. The objective? Avoid accidents due to the inattention of pedestrians in public spaces.

After research, it seems that the use of the smartphone in “texting” mode is not punished in the world, at least until today! Indeed, an article published on June 1, 2020 by a specialized media on Japan explains that a small Japanese city has just taken the plunge. This is Yamato, located in the suburb of Yokohama (Tokyo region), whose city council received a city ordinance prohibiting the use of smartphones while walking.

According to the ordinance, the aim is to avoid accidents involving citizens distracted by their screens when they are walking on the street. In addition, the measure also concerns other public places such as stations or parks.

The city of Yamato conducted a survey outside its station in January 2020. According to the results, 12% of about 6,000 passers-by used their smartphone in texting mode. If no fine for offenders has been defined yet, the regulations will come into force. The police are expected to alert citizens to the places mentioned above. However, the measure also provides for criminal sanctions if the situation does not improve. Thus, there is no doubt that the mayor of Yamato seems determined. He explains that it is about raising awareness of the fact that smartphones must be used when stopped to avoid accidents.

If this Japanese municipality decided to crack down, another adopted a device as surprising as it is interesting. In 2016, the city of Augsburg (Germany) set up red lights on the ground for pedestrians distracted by their smartphones. In addition, the use of smartphones in “texting” mode is not the only dangerous technological practice in public space: the wearing of headphones is also. In January 2020, an American researcher thus developed a prototype of audio alert system boosted with artificial intelligence (AI). This device is intended to alert the user when a danger arises. 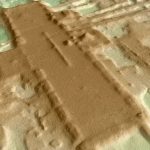 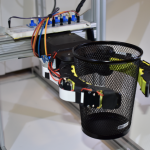