MIT has developed two prototypes of soft robots tending towards more precision and versatility. With this kind of project, the craze around this type of robot can only grow! Furthermore, this work could even lead to applications in medicine.

Appearing only a few years ago, flexible robots are becoming more and more popular. Recently, we talked about how researchers used the cheetah as a model to develop the world’s fastest soft robot. In an article published by MIT’s CSAIL (Computer Science and Artificial Intelligence Laboratory) on June 1, 2020, another team unveiled its last two innovations.

The first of these innovations concerns a suction cup-shaped tool that delicately folds over the object to be grasped. Despite its appearance, this soft robot is still able to lift a hundred times its weight! However, this machine seems to be appreciated for its sensitivity. Researchers equipped it with touch sensors made of small latex balloons coupled with pressure probes. Thus, the robot is able to identify the object it picks up, but above all it can grasp very delicate objects like a potato chip without breaking it.

The second innovation of the CSAIL researchers is none other than a soft robotic forceps. This one observes the deformations of the fingers thanks to on-board cameras. Above all, the system integrates neural networks as well as deep learning. This allows the clamp to identify the objects to be grasped but also to correctly understand the bending angle. According to the researchers, the positioning error margin is only 0.77 millimeters on average. However, this is a performance above that of the human finger!

The two projects presented in the video below were unveiled at the ICRA 2020 robotics congress. This presentation took place by videoconference, because of the Covid-19 pandemic. In addition, the researchers believe that their innovations can be improved, particularly in terms of the accuracy of the sensors.

Ultimately, we could witness the appearance of even more precise and versatile soft robots. Areas such as health could benefit from this. Indeed, this technology could make it possible to manufacture more efficient and lightweight soft robotic prostheses intended for the injured and other amputees. 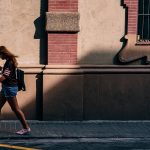 Previous post City in Japan bans smartphone use while walking 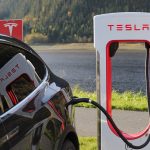 Next post Tesla publishes for the second time a report on its ecological impact!
0 Shares