Good news for all coffee lovers. According to a new research, coffee significantly lowers the risk of chronic liver disease.

Scientific research has already found that coffee protects against dementia, prevents colon cancer, reduces the risk of heart disease and increases life expectancy. So starting the day with a cup of coffee every morning might be better for you than you think.

A new British study has now shown that coffee lowers the risk of chronic liver disease. It doesn’t seem to matter what kind of coffee you drink: even decaffeinated coffee lowers this risk.

Chronic liver diseases are a major health problem worldwide, which has increased sharply in recent years. Among other things, due to changes in lifestyle and diet, more and more people suffer from fatty liver, liver cancer or chronic liver inflammation. Besides alcohol, a high sugar diet and fat consumption, and medication can affect the liver. Once you have such a disease, treatment is often difficult. That is why prevention is particularly important. And if coffee can help a little, that’s all the better.

For the new study, which is published in the journal “BMC Public Health “, the scientists used data from the UK Biobank. This is a large-scale database of health data from almost half a million Britons. All participants were between 40 and 69 years old at the start of the study.

More than 385,000 (about 80 percent) of them said they drink coffee regularly, while the remaining 110,000 preferred to do without coffee. The scientists examined the participants’ liver health over a period of eleven years and discovered 3,600 people with chronic liver disease within that time.

After correcting factors such as body mass index (BMI), alcohol consumption, and smoking, it was shown that the coffee-drinking participants had about a 20 percent lower risk of chronic liver disease. If only the risk of dying from chronic liver disease was considered, this risk was even 49 percent lower than in the case of non-coffee drinkers. With about three to four cups of coffee a day, the healthy effect is greatest. More has no additional influence, the scientists say.

Previous studies have already shown that coffee favorably influences the course of non-alcoholic fatty liver and reduces inflammation and scarring (fibrosis). With existing cirrhosis of the liver, coffee reduced the risk of death and the risk of liver cancer tumors. The maximum effect is achieved by three to four cups of coffee a day. It does not matter whether the coffee is prepared from soluble powder or coffee beans. 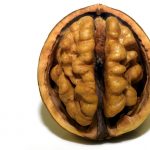 Previous post The brain and the testes are quite similar, says new study 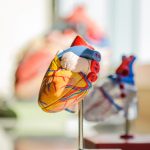