Fruit and vegetables are essential sources of nutrients that are particularly important for health, in particular with regard to the prevention of cardiovascular disease, diabetes (T2D) and certain cancers, and thus reducing the risk of premature death. For years, specialists have been recommending that we eat five pieces of fruit and vegetables a day, but is that dietary advice still in place today, and what if we eat more, will we also experience more health benefits?

To find out, an American team (Harvard University) conducted a very large-scale study. First, the scientists analyzed data from two studies involving a total of about 100,000 adults (men and women) who were initially free of cardiovascular disease, diabetes and cancer. They were followed for about 20 years and their dietary habits were recorded at regular intervals. This analysis was completed by cross-referencing the results of twenty-four other studies involving nearly two million people.

The findings? The more fruit and vegetables eaten, the lower the risk of cancer, cardiovascular disease and chronic respiratory diseases , and also of premature death (up to -13%). But there is a threshold. “The effectiveness of the rule “five fruits and vegetables per day” is confirmed. After that, there is a plateau and further consumption no longer has a significant effect,” explains Dr. Catherine Watkins.

Should those who eat more than five servings reduce their intake? No, of course not, and that especially applies to vegetables. Two pieces of fruit a day seems to be a good amount, but that doesn’t have to be much anymore. As far as vegetables are concerned, on the other hand, we can eat as much as we want, and even if it doesn’t do much good, it doesn’t hurt either. Moreover, we know that the more vegetables we eat, the lesser the opportunity to eat unhealthy foods, in particular red or processed meat, and of fatty and sweet products. 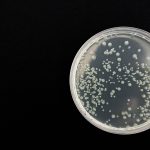 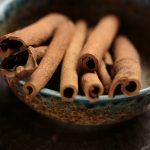