What characterizes people with a certain worldview? A research team in England has been able to derive the psychological signatures of ideologies.

What beliefs or ideologies a person tends to are related, among other things, to his cognitive abilities. This is reported by a team led by psychologist Leor Zmigrod from the University of Cambridge in a special edition of the British Royal Society’s Philosophical Transactions B. The five researchers based their conclusions on a previous study in which more than 500 adults had completed 37 cognitive tests and 22 personality tests.

About two years later, more than 300 of the former subjects took part in the present study. This time they gave information about political attitudes such as nationalism and the role of religion in their lives. Their answers could be statistically reduced to three dimensions: a conservative attitude, religiosity, and dogmatism, that is, the rigidity and intolerance with which they represented their beliefs. Until now, studies had primarily looked for connections between individual political ideologies and personality, but not between a variety of ideologies and a battery of objective cognitive tests. The aim of the research: to identify the psychological “signatures” of different worldviews.

Result: A conservative attitude, including nationalism, was associated with diminished strategic thinking, increased caution and a reluctance to take social risks, such as speaking out publicly on controversial issues or contradicting authorities. The same was true for religiosity, but there was also increased risk perception and tolerability. Dogmatism was associated with slower information processing, impulsiveness and a willingness to take ethical risks. Furthermore, extremist tendencies toward violence against certain groups, for example, were increasingly found in people with poorer working memory, slower perception, impulsiveness, and sensation seeking, the need for exciting new experiences.

The authors speak of “remarkable similarities and differences between the psychological characteristics of ideological attitudes”. So do ideologies (among other things) have their roots in cognitive dispositions? In any case, the results seem to suggest so. However, in order to draw reliable conclusions about cause and effect, further research and representative samples are needed. 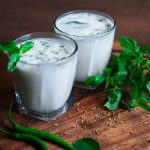 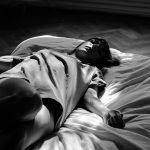