Sleeping has always been part of the human experience. However, it has not always been how we know it today. As shown by the work of the historian Roger Ekirch, whose book “The great transformation of sleep” talks greatly on the subject, sleeping monophasically, that is to say, all at once, has only become standard at the time of the industrial revolution, with the arrival of electricity.

Indeed, before then, people used to go to bed earlier, wake up around midnight, then go back to sleep until the morning. This biphasic sleep, still anchored in us biologically, is a reminder that waking up at night has not always been considered a problem. Nighttime waking-type insomnia would therefore be a vestige of our not-so-distant past.

More deeply, this historical perspective shows that sleep disorders are largely specific to our contemporary societies.

Indeed, the anxiety around sleeping well has never been so strong. A third of the population complains of poor sleep. Today, we sleep little – an hour and a half less than a century ago – but above all very badly.

Sleeping all at once, a recent habit

Sleep is a biological imperative. All animals sleep, but in a different way from each other. “Species have adapted to the pressure of evolution,” explains José Haba Rubio, a sleep doctor.

To survive, some animals cannot afford to sleep for several hours at a time. The giraffe is a good example. It is a prey animal that, given its size, can hardly hide. At night, it only sleeps two hours. The lion, which has no predators, sleeps for up to fourteen hours a day.

In humans, too, sleep, like many biological functions, has evolved. We know today that the vast majority of us should get about seven to eight hours of straight sleep. But this has not always been the case.

We are indeed diurnal animals; light plays a big role in our waking and sleeping patterns. Before artificial light and evening leisure activities came along, people would go to bed when it got dark.

Before falling asleep, it was not uncommon to spend an hour or two in bed before going into a so-called first sleep phase. People would then wake up for a few hours. Then we would go back to sleep and wake up before sunrise. This biphasic sleep is anchored in our brain,” explains Dr. Haba Rubio.

Researchers in the United States have carried out sleep extension experiments to prove this by giving volunteers twelve hours in bed. The first week, these people sleep to catch up on their sleep debt, but then they develop the same biphasic sleep as our ancestors. Waking up at night is therefore part of our physiology. It is our current lifestyle that has led to an extreme concentration of sleep that now occurs in a single phase.

However, this mode of operation is not unprecedented in the history of Homo sapiens. An American researcher, Jerome Siegel, found, by studying the sleep of primitive populations that still live today on several continents, that the hunter-gatherer sleep was relatively short and probably “monophasic” like ours. Unlike us, however, it was not light, but above all temperature that influenced how long the early homo sapiens slept.

Waking up at night, a contemporary problem

On average, a person wakes up 20 to 30 times a night and goes back to sleep most of the time right away without even noticing waking up. However, some of us are more sensitive to waking up at night than others. A fly can wake them up. This sensitivity can predispose them to nocturnal insomnia, a type of disorder that makes it difficult to fall back to sleep after waking up during the night.

“The problem stems from the cult of performance in our contemporary societies,” notes José Haba Rubio. When you wake up at night today, you get stressed right away. We say to ourselves: how to hold out tomorrow, how to be efficient. Anxiety puts us in a vicious cycle that prevents us from falling back to sleep. ” However, the problem is not waking up but not being able to fall back to sleep or catch up on your sleep debt at another time of the day.

What the history of sleep shows, and especially its biphasic period, is that waking up at night hasn’t always been a problem. In the primitive tribes he studied, American researcher Jerome Siegel found that these populations had no words to describe nocturnal insomnia. In other words: bad sleep does not exist to them, it is not a problem. When humans slept twice, waking up at night was not a problem either. Sleep disorders are in fact, in large part, ailments of our contemporary societies that have transformed the fear and pressure of not being able to cope with the challenges of everyday life into lack of sleep.

8 hours per night, the ideal duration?

Athletes, especially sailors, or night workers have very fragmented sleep. If our ancestors had polyphasic sleep, is this type of sleep really bad for your health? Or do you have to get eight hours of straight sleep to really reap the benefits of sleep?

Everyone has their own rhythm and the amount of sleep time varies greatly from person to person. However, most of us should get about seven to eight hours of sleep, which seems like a period of time necessary for our general functioning. But duration is not everything. It is also necessary that the sleep is of good quality. For this, the phases of “slow deep” sleep, which are the most restorative and essential for our cognitive functions, must not be disturbed by inappropriate awakenings. Sleep must therefore be as continuous as possible. If the sleep is very fragmented, it is difficult to enter the phases of deep sleep, which makes recovery difficult. Waking up, as long as you go back to sleep, is not a problem, however. There is a simple sign to know if your sleep is restful enough: the absence of fatigue during the day.

When we have a bad night or two, we quickly see immediate negative effects on our health. Sleep is necessary for our cerebral functioning and if we do not respect this need, the dysfunctions are quickly felt. Not getting enough sleep makes us remember less well and often makes us irritable. Fatigue and drowsiness also have a role in alertness which can lead to accidents that could have been avoided in a normal state. But that’s not all. More and more studies are also pointing to many longer-term consequences of not getting enough sleep. In particular, it increases the risk of cardiovascular and neurodegenerative diseases. Sleeping badly would also have an influence on the genes that regulate our internal clocks.

In a study published in 2019, researchers from the University of Lausanne (Switzerland) showed in mice that these genes could be damaged by chronic lack of sleep and thus promote the emergence of long-term non-communicable diseases. Worse: even if the mice quickly regained their waking and sleeping rhythm, the genes remained damaged for longer. 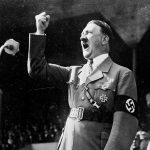 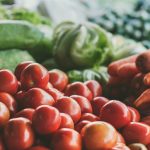 Next post 10 foods to eat to become healthier
0 Shares

The most erogenous parts of the body 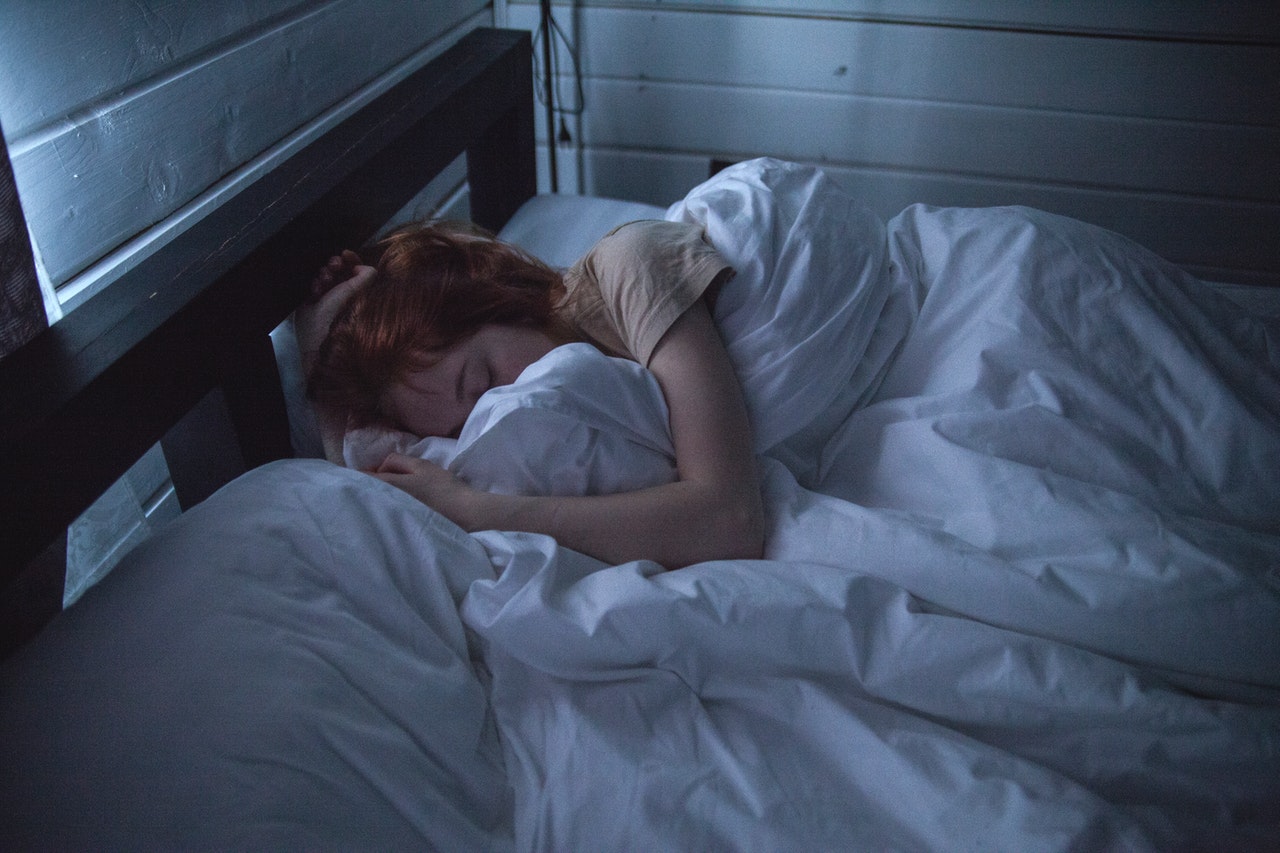 Things to avoid before bed to sleep well at night 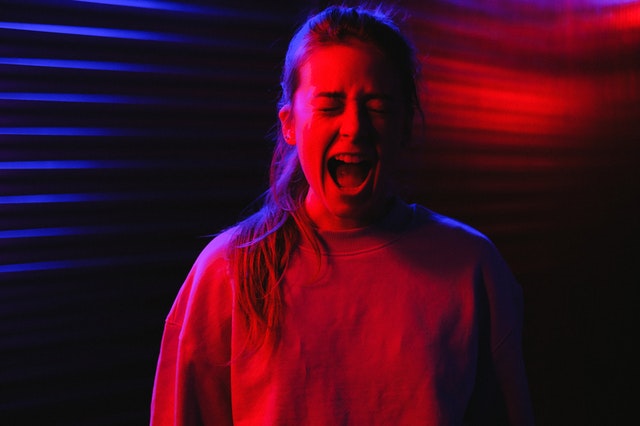