Daily coffee consumption would have a protective effect against the risk of hearing loss, a relatively common phenomenon with advancing age.

Hearing loss is identified as the fifth leading cause of disability worldwide as it can significantly impair quality of life, and especially social relationships. In fact, several studies have shown that decreased hearing can lead to isolation, which increases the risk of developing potentially severe physical and mental illness.

The major advice that will be given to people whose hearing is declining is not to let the situation get worse. It is necessary to consult a doctor to take stock, and if necessary to use a hearing aid (device) to correct the problem.

There are few tools available to prevent the risk of hearing loss, other than – and this from an early age – to avoid staying too long in very noisy environments. A Spanish team (Universidad Autonoma de Madrid) explored the nutritional trail. An novel approach, but one that seems to yield interesting results.

The team analyzed data on some 40,000 seniors tracked over a decade. At onset and then repeatedly, a test assessed their hearing, particularly the ability to follow a conversation in a noisy context. Their coffee consumption was recorded at regular intervals.

One cup a day

And it turns out that compared to people who (almost) never drink it, those who drink at least one cup of coffee a day are at a 28% reduced risk of developing hearing impairment. This effect is significantly more pronounced in men, and especially those who are overweight when they drink at least two cups a day. This is the only case where drinking more than one cup reinforces the preventive nature of coffee (one is enough for all the others).

No such significant relationship is observed in women, and the link in them is non-existent in the presence of certain external factors (work in a noisy environment, for example). Researchers believe this may be related to physiological and hormonal peculiarities.

As for the explanation of this protective effect, it refers to the antioxidant and anti-inflammatory properties of certain components of coffee, but not specifically caffeine since the effects seen here have also been with decaffeinated. In fact, the authors point out, the association is independent of the type of coffee and the method of preparation. 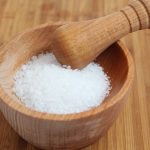 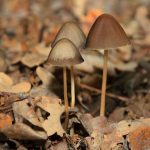