The water reservoirs are the driving force behind the emergence of the until recently relatively mysterious bright spots on the surface of the dwarf planet.

For a long time it was thought that dwarf planet Ceres – which is located in the asteroid belt – was a bare space rock until organic material was discovered a few years ago. Interest in Ceres had thus been rekindled. And that’s what a new research team is building on. In a new study, the researchers have uncovered real underground water reservoirs on the dwarf planet. This discovery reveals that Ceres is a bit like some of the moons of Jupiter and Saturn, which are also water-rich worlds.

Ceres is the only dwarf planet in our solar system that is in the asteroid belt – roughly between the planets Mars and Jupiter. For half a century, Ceres was classified as the eighth planet, but then downgraded to dwarf planet. But it’s a very interesting one. The spacecraft Dawn had discovered that Ceres contains organic matter. This material consists of alfatic compounds, i.e. building blocks of carbon that are important for life as we know it. The presence of those building blocks of life does not directly indicate that Ceres harbors aliens; the compounds may also arise in the absence of biological activity. But life as we know it cannot arise without organic materials. And that’s why researchers are very curious about how organic materials have spread through the solar system.

Using telescopes, scientists had long ago spotted mysterious bright areas on Ceres. A remarkable discovery. Ceres is often hit by micrometeorites that leave debris behind. Over time, the bright spots should therefore darken. However, the fact that these areas are so clear indicates that they have recently emerged. But… how exactly?

The task was given to the spacecraft Dawn to find out. Launched in 2007, the probe arrived at Ceres in 2015, after which it delivered extraordinary close-ups of the dwarf planet. In 2018, Dawn also descended to 35 kilometers above the surface of Ceres and revealed razor-sharp details of the mysterious bright areas the dwarf planet had become known for.

The new study not only confirms that the bright spots are very young – some even less than two million years old – the team has also discovered how the areas form. In-depth analyses reveal that the bright areas are deposits consisting of sodium carbonate – a compound of sodium, carbon and oxygen. And that’s actually pretty strange. On the surface of Ceres, aquifers dry up within a few hundred years, but Dawn’s measurements show that these compounds still contain water. It means that the liquids must have flowed over the surface of Ceres very recently.

This discovery can only mean one thing; that there are real underground water reservoirs hiding beneath the surface of Ceres. The liquids are therefore derived from a deep, salt-enriched ‘lake’. It is estimated that these underground water reservoirs can reach up to 40 kilometers deep locally. The scientists also discovered how the liquids are transported to the surface of Ceres. “Around the clear area of Cerealia Facula, most of the salts were brought in from a muddy area just below the surface,” says researcher Carol Raymond. “An impact created a crater here 20 million years ago. At the same time, the impact caused large fractures, which are connected to the deep reservoirs. This means that brine can continue to seep into the surface.”

The research confirms that Ceres is a water-rich world, just like some other icy celestial bodies in our solar system. Although the geology on Ceres works a little differently. The water on some icy moons of Jupiter and Saturn is created by a gravitational interaction with the planets. But as current research shows, this is not the only way water can form on other celestial bodies. It seems that dwarf planets and asteroids can also have liquid water reservoirs, despite the fact that there is no gravitational interaction that causes the necessary warming.

The findings from the study highlight how important the Dawn spacecraft’s mission to dwarf planet Ceres has been. During its working life, Dawn visited the two largest objects in the asteroid belt: the asteroid Vesta and the dwarf planet Ceres, and collected important data critical to understanding the history and evolution of our solar system. In 2018, the mission ended when NASA was unable to make contact with the craft. “Dawn achieved much more than we had hoped when it embarked on its extraordinary alien expedition,” said researcher Marc Rayman. “These exciting new discoveries at the end of his long and productive mission are a wonderful tribute to this remarkable interplanetary explorer.” 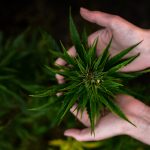 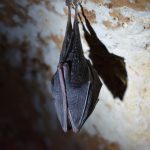 Next post The genes that give bats their superpowers
0 Shares