A team of astronomers announces that they have identified four circular objects in the data of a powerful radio telescope. What are they? For now, researchers are trying to unravel the mystery.

Late last year, a team of astronomers led by astrophysicist Ray Norris, of the Western University of Sydney (Australia), spotted a strange object of circular shape in the data of the Australian Square Kilometer Array Pathfinder, one of the most sensitive radio telescope networks in the world.

A few days later, they spotted a second, then a third. Finally, they isolated a fourth from archive data collected by the giant radio telescope MetreWave in India. These objects, or phenomena, researchers have called ORC – for “Odd Radio Circles”. Their work, submitted to the journal Nature Astronomy, will soon be peer-reviewed.

The four ORCs, whose distance from Earth is unknown, are only visible in radio wavelengths. In other words, they are completely invisible in the wavelengths of X-rays, optical or infrared.

As for the remains of supernova, the researchers point out that they managed to isolate these four objects in a small portion of the sky. Statistically, to consider this hypothesis, they estimate that we should have at least 50,000 remnants of supernovae in the Milky Way. However, we have only recorded around 350.

“The circular characteristics are well known in radio astronomy images. They generally represent a spherical object such as a vestige of a supernova, a planetary nebula.

“They may also arise from imaging artefacts around bright sources caused by calibration errors or inadequate deconvolution. Here we report the discovery of a class of circular feature in radio images that do not seem to correspond to any of these known types of object or artefact, but rather appear to be a new class of astronomical object.” The astronomers have also considered the possibility of interference from a local radio source, but believe the idea is unlikely.

Thus, the astronomers are convinced of one thing: these four ORCs represent either a new class of objects or a new form of an already known phenomenon.

Even if we have a clear idea of what makes up the cosmos, it is so vast that the idea that objects or phenomena are still to be discovered in the universe is not very surprising in the end.

As of now nothing is settled. Peer review of the article may provide some answers. In the meantime, the analyzes are continuing. The team also explains that it has identified six new ORC candidates who will have to be confirmed. 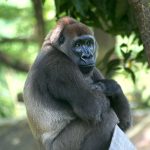 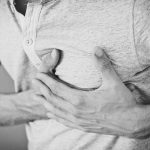