The Greenlandic government, Naalakkersuisut, has decided to drop future oil exploration in and around Greenland.

Considerations for the vulnerable Arctic environment, budding tourism and the country’s main source of income, fishing are also mentioned as reasons to drop trying to find oil. In addition, the government’s calculations indicate that there will be no commercial interest in oil exploration in Greenland in the future.

Several investors have also announced that they will not investigate in the Arctic because the risk is too high in relation to the gain. There are, however, four active hydrocarbon exploration licenses, which Greenland is obliged to keep active for as long as the licensees continue to explore.

The company behind one of the four licenses has already expressed a desire to return the license.

Both the environmental organization Greenpeace and the World Wide Fund for Nature WWF welcome the Greenlandic decision.

It is estimated that there is about 18 billion barrels of oil in the subsoil of West Greenland alone.

The Greenlandic government, which took power after the elections in April, has already delivered on election promises to stop plans for uranium mining in South Greenland. 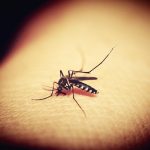 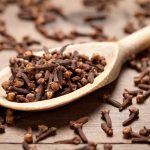