The earth’s core constitutes the heart of our planet and plays a vital role in the presence of life on earth. However, not much is known about it. In particular, its actual age has long eluded scientists.

To find out, a group of scientists have decided to create in laboratory an environment similar to our planet’s heart. The new study suggests that the inner core of our planet is only 1 billion to 1.3 billion years old. This date range coincides with a measurable strengthening of the Earth’s magnetic field during this same time period.

The importance of the Earth’s core

Our planet is like a layered cake made up of a solid outer crust, a hot and viscous mantle, a liquid outer core, and a solid inner “seed”. This develops slowly as the liquid iron found in the outer part of the nucleus cools and crystallizes. This process feeds the movement of the liquid outer core, which in turn creates the Earth’s magnetic field.

The magnetic field protects us from the harmful environment of space by deflecting much of the cosmic rays. Without this magnetic field, our atmosphere would have long been stripped off. Without an atmosphere, life as we know it would be impossible. In other words, we owe our existence partly to the inner core of the Earth.

Despite its importance, we still do not know much about the core, and in particular its age. Until now, the estimate range has been quite wide, going from half a billion years to over four billion years, almost the age of the Earth itself (4.5 billion years). .

As said above, the magnetic field of our planet is fed by the movement of the outer core rich in iron around the solid core. This phenomenon is known as the geodynamo effect. Part of this movement is powered by thermal energy. Roughly, as the liquid core cools, it crystallizes from the inside out, releasing energy which in turn fuels the movement of the still liquid core.

In a recent study, geologists sought to quantify this release of energy. In this way, they would then be able to estimate the age of the inner core.

To do this, the researchers recreated the conditions of the depths of the Earth on a smaller scale. They first heated a piece of iron just six microns thick to temperatures of up to 2,727 °C. They also squeezed this same sample between two diamonds so as to mimic the extreme pressures felt in the earth’s core. Using these two approaches, they then measured the conductivity of iron under these conditions.

Between 1 billion to 1.3 billion years

This measurement allowed the researchers to calculate the amount of energy loss (ten terawatts) from the core to power the geodynamo. With that data in hand, they were then able to calculate the time it would take to get a solid mass the size of the current nucleus from a molten iron core. Result: it would take between 1 billion to 1.3 billion years.

Note that these new findings are also reinforced by earlier work suggesting that Earth’s magnetic field suddenly strengthened between 1 billion and 1.5 billion years ago. Thus, the researchers conclude that the “seed” of the Earth is “relatively young”. 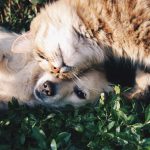 Previous post 10 reasons why you should get a pet 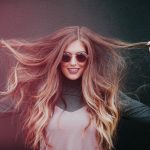 Next post Can we catch the coronavirus from hair?
0 Shares