Our pets bring us a lot of pleasure and joy on a daily basis, but it turns out that they are also excellent allies for our health. Indeed, scientific studies have shown that cohabitation with a domestic animal has a positive impact on our physical and mental health.

Pet owners are said to have fewer health problems than those who don’t. They are less likely to suffer from high blood pressure, cholesterol or cardiovascular disorders. In addition, pets also have recognized anti-stress virtues. We have compiled the 10 most compelling reasons why you should get a pet.

It is well known that pets promote social interactions and help their owners create bonds with other people! This makes pet owners more likely to get to know their neighbors and socialize. This also makes them more likely to find help from those around them: simple moral support or a little helping hand between neighbors in case something goes wrong.

Dogs, man’s best friends, are particularly known for their ability to counter isolation: not only because they are loyal companions, but also because they facilitate contact with other people. In the street, in the park, whether with other dog owners or children who are attracted them, dogs are people magnets.

Since isolation and social exclusion can literally make us sick and lead to mental health problems, pets can therefore be of great help, especially among the elderly and the people living alone.

Of all pets, dogs are the most adept at keeping their owners in good shape. Indeed, dog owners have been shown time and time again to be more active. They walk an average of 30 minutes more per week than people who don’t own a pet. Walking your dog 20 minutes a day 5 days a week could make you lose 6 pounds in a year.

It seems also, though not yet proven, that even cat owners would exercise more than others. The main reason? The cat, by its behavior, would communicate its energy to the owner and give him or her more enthusiasm to exercise!

Pet owners cope better with stress. According to several studies, there is indeed a link between the presence of a pet on the one hand, and low stress levels and low blood pressure on the other hand.

Living with a dog that spends at least part of its day outdoors could boost a child’s immune system in the first year of life. Cats also seem to provide this protection although the observed effect was weaker. Children living with pets would indeed need antibiotics less often than other children.

Likewise, infants living with companion dogs would be less prone to respiratory infections and their risk of allergies would be reduced by 33%.

Pets not only affect the health of our children, they also play a major role in their psychomotor and emotional development.

Studies have shown that pets help develop the sense of responsibility of toddlers. Taking care of an animal, feeding it, walking it, petting it and giving it affection helps children to increase their self-confidence. The pet also represents at the same time a confidant, a playmate, an accomplice.

The pet is also an element of soothing and safety for the little ones and has a stabilizing effect on their psychological development.

Petting a cat, dog or any other furry animal in general gives us a feeling of well-being and immediately calms us: our breathing slows down, our blood pressure and heart rate drop, which greatly reduces the risk of developing a heart disease.

Note, however, that conversely, a poorly trained pet with behavioral disorders will have the opposite effect and will increase the risk of having a heart attack.

The teenage years are never an easy time. Many parents are helpless in front of their adolescent(s) who sometimes have incomprehensible or withdrawn behaviors. Pets are recognized as a structuring element of the personality of young people. While a teen may not want to confide in an adult, he or she will always find a comforting “ear” in a pet.

Additionally, one study found that teens with pets exercised more than others.

Interactions with our animal friends reduce the level of cortisol, the stress hormone, in the body.

57% of cat owners believe that cat purring can be more effective than medication. This calming effect can be explained scientifically: the air frequency of purring is said to have a calming effect, much like music, which gave rise to music therapy.

Pets help the sick to heal and the elderly to feel better. Their presence is thus increasingly sought after in retirement homes or specialized centers that use pet therapy to help their patients.

Pet therapy consists of using the proximity of a domestic or companion animal, with a human suffering from mental, physical or social disorders to reduce stress or the consequences of medical treatment.

An apple a day keeps the doctor away. Everyone knows this famous saying. What if the same was true with pets? It seems that pet owners more rarely need a doctor.

A study in Germany and Australia has shown that starting from an equivalent state of health, after 5 years, pet owners need a doctor less often than people without pets. Those who had a pet during that time had fewer doctor visits.

It can be concluded that people who have had a pet for at least 5 years constitute the population with the best state of health. 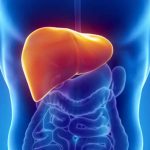 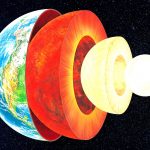 Next post How old is the Earth's core?
0 Shares