Since 1900, global sea levels have risen by about one and a half millimeters per year. But this increase of about 20 centimeters in total to date has been far from even. An international team of climate scientists has now analyzed sea level changes over the past 120 years. Their findings, published in the journal Nature, show for the first time the importance of the various causes, from the melting of glaciers to the thermal expansion of water. In this way, the scientists plan to create create an important basis for estimating sea levels in the future.

Thomas Frederikse from the California Institute of Technology in Pasadena, together with colleagues from Belgium, Germany, Taiwan and China, evaluated a variety of data and models. They used decades of recorded levels and satellite imagery, as well as recent estimates of global and regional sea level rises. For individual decades, they attributed the relevant causes to these changes – glacier melting, dam construction, thermal expansion in the wake of global warming, and variations in groundwater levels. Thus, over the entire analysis period, the melting of glaciers contributes about twice as much to sea level rise as the thermal expansion of the water.

During the 1940s, sea levels rose by up to three millimeters per year. This effect was mainly caused by the melting of the continental inland glaciers and ice masses in Greenland. An accelerated increase from the end of the 1970s, on the other hand, was caused by a combination of ice loss in Greenland and the thermal expansion of water. Meanwhile, the unusually slow increase in the 1960s is explained by the construction of numerous dams during these decades. Between 1900 and 2003, a total of about 10,000 cubic kilometers of water were said to have been stowed and not flowed into the seas, corresponding to a reduction in sea level rise of about 26 millimeters.

“The sum of all known processes explains the observed rise in sea level very well,” says Thomas Frederikse. This applies both globally and to individual regions of the world’s oceans. The researchers have not yet been able to explain the small increase in the 1920s. The data situation is simply too thin, since during this time very few levels were recorded at selected locations such as Amsterdam or Brest. Nevertheless, this study shows that no previously unknown processes such as the thermal expansion of deep waters need to be used to explain sea level. “This is important because for future sea level predictions, the sum of the melting rates and the heat absorption of the oceans must be taken into account,” says Frederikse. 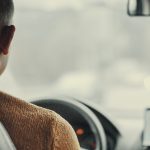 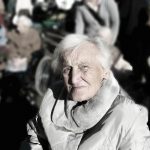 Next post New link discovered between age and cancer
0 Shares