Lack of self-confidence, complexes, worthlessness… The person who suffers from impostor syndrome constantly doubts the legitimacy of their successes and hates being in the center of attention. How to recognize it? Is there a test to diagnose it? How to get out of it?

What is impostor syndrome?

The term “impostor syndrome” (also called “autodidact syndrome” or “impostor complex”) was coined by two American psychologists in 1978: Pauline Rose Clance and Suzanne A. Imes. This syndrome expresses itself via an unpleasant feeling of permanent doubt which consists in not feeling legitimate in one’s current status and in having difficulties in appropriating one own success.

This syndrome is a psychic mechanism, which creates a feeling of permanent skepticism in those concerned with regard to their own worth and which prompts them to attribute their success to external factors, such as luck or chance. In short, if the person is successful, it is never thanks to their qualities.

Concretely, people who suffer from imposter syndrome think they do not deserve their place and are instead deceiving those around them about their real skills. They constantly expect to be “unmasked”, as if they were a “sham”. This constant fear pushes them to develop defense strategies such as avoiding anxiety-provoking situations, systematic procrastination or, conversely, overzealousness, which can create permanent and deleterious stress in the long term, which can go as far as to burnout or depression.

Is imposter syndrome it a disease?

Even though 70% of the world’s population would suffer from it at least once in their lifetime, no, impostor syndrome is not a disease or a pathology. We are talking more about a psychological state that everyone can experience during their life or their professional career. In reality, this is a common problem since, according to a study published in the scientific journal Journal of Behavioral Science, 70% of the world population would doubt at least once in their life the legitimacy of their successes.

Symptoms: how to recognize it?

Impostor syndrome is based on a set of erroneous beliefs that must be questioned in order to try to work on a fairer system of thoughts and above all more favorable to well-being. Several signs make it possible to recognize impostor syndrome:

What causes the impostor syndrome?

Several factors can explain the impostor syndrome: parental expectations of professional and social success that are low or, conversely, too high are frequent causes of this syndrome. “Coming from a family of low socio-economic level can also give the person the feeling of not being in their place professionally. It is the same if the person is of a minority group.

The syndrome can also affect a person whose career has often changed or evolved very quickly during their working life. These situations would create doubt and significant anxiety about their actual skills.

Finally, the syndrome can be found in adults who lacked care and attention in childhood.

Women, men … Who are the people most at risk of impostor syndrome?

Studies on the subject show that between 60 and 70% of the population have experienced this feeling of deception at least once. There is no gender difference: men can suffer as much as women, and this, in any socio-professional category.

Furthermore, it is not the job but the place which one holds in the hierarchy or the responsibilities which are entrusted to them that trigger the syndrome. Self-taught people without diplomas, for example, are more likely to think that they do not deserve their place and are also at risk of developing this syndrome. Impostor syndrome often concerns the professional field, but it can also be visible in private life: in friendship, in love, marriage, etc.

Is there a test to find out if you have impostor syndrome?

There is a test called the Clance Scale (named after one of the psychologists – Pauline Rose Clance – who theorized this syndrome). This is a test that assesses self-esteem across 20 different situations. It was developed to help people determine whether or not they have features of impostor syndrome, and if so, how badly they are suffering from it. But in practice, in other words in consultation, this test is seldom done because it is not necessary: ​​a well carried out interview makes it possible very quickly to detect the signs of a devaluation or of an impostor syndrome. Furthermore, patients, even if they do not know the name of this disorder, are aware of it and know perfectly well how to verbalize the suffering that it represents for them.

How to get rid of the impostor syndrome

The impostor syndrome being a psychological mechanism can be addressed with the help of a psychologist who can work on the history of the patient and what led them to this low self-esteem. The objective is to identify the origins of the syndrome and to correct the person’s behavior. The help can come in the form of cognitive-behavioral therapy (CBT) with the goal to recognize and relax erroneous beliefs in order to bring to the patient a new reading of their career and their successes.

If you do not want to talk to a therapist or you do not have the means, keep in mind that the main treatment is to regain confidence and be realistic about your worth. Here is a list of questions that may be useful to answer to take stock of yourself objectively. 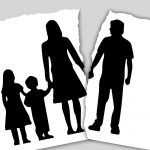 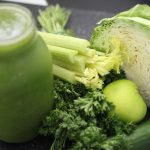 Next post Best way to detox your body naturally
0 Shares