The monsoon has arrived with fanfare this year on the Indian subcontinent. Lightning episodes have been particularly violent in India. Several hundred deaths have already been reported – the states of Uttar Pradesh and Bihar accounting for most cases.

The eternal return of the monsoon is a perpetual surprise: will it be early or late, abundant or weak, regular or brutal? A phenomenon of persistent winds due to a set of thermal depression and seasonal differences between sea and land, the summer monsoon in Asia give rise to intense thunderstorm precipitation each year. But some year can be more brutal than others.

The summer monsoon brings its share of threats and dangers—catastrophic floods that can occur when thunderstorm clusters sit long hours in the same region. A notable risk, but one that is talked about much less, concerns lightning activity. Indeed, the figures show an average of 2,000 to 3,000 people struck by lightning a year due to the monsoon.

However, this year the season is starting strong. Indian authorities said on Saturday that in the past 10 days, 147 people have died in Bihar state due to lightning strikes. In addition, no less than 215 deaths have been reported since the end of March. A figure that already surpasses the annual number observed in recent years. Another equally affected state is Uttar Pradesh, where the July 4 death toll was around 200. The two of them together account for 90% of the lightning strikes recently observed in the country. A phenomenon partly linked to the poverty of the populations who live there.

A combination of weather and economic factors

Most of the victims are farmers or workers who carry out agricultural work in the fields. “This year, the number of incidents and deaths due to lightning is more frequent in Bihar and in eastern Uttar Pradesh as the region experiences intense monsoon rain quite early in the season. In previous years, this region had generally not received such rains in June. And because of the good rainfall this year, the farmers are on the ground,” reports Sunitha Devi, a member of the national ministry of Earth Sciences.

It is therefore a combination of high thunderstorm activity for the period and a strong presence of farmers and workers on exposed land which explains the heavy toll observed. “The kharif crops are planted this season. The rice field acts as an ionic liquid and many farmers are electrocuted at the same time,” explains Soma Sen Roy, a member of the same ministry. Over the next few hours, the weather situation is expected to improve in the states listed above, but to deteriorate elsewhere. Between Gujarat, Goa, the Konkan Coast and Saurashtra. 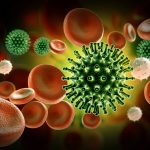 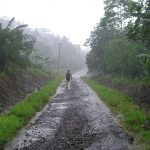