Medication should usually not be taken on an empty stomach. But does this also apply to over-the-counter painkillers such as paracetamol, ibuprofen or aspirin?

When a pain or fever sets in, it is often accompanied by loss of appetite, nausea or vomiting. A painkiller helps, of course, but can you take it on an empty stomach?

Every painkiller has a different effect

Do you have absolutely no appetite, but still need a painkiller? Then take paracetamol. The analgesic and fever-lowering effect of paracetamol occurs even faster when you take the drug on an empty stomach. In addition, paracetamol has no unpleasant side effects on the stomach and intestines.

Ibuprofen, on the other hand, can cause stomach and intestinal problems such as nausea, stomach pain and diarrhea. If you are sensitive to this, it may not be reasonable to take ibuprofen soberly. Ibuprofen attacks the gastric mucosa and can cause stomach bleeding if used for a long time.

However, ibuprofen also has an anti-inflammatory effect, an effect that paracetamol does not have. If you do not suffer from stomach or intestinal ulcers, you can in principle take ibuprofen easily on an empty stomach. The same recommendation applies to medicines such as diclofenac and naproxen. Are you 70 or older? Have you previously had ulcers in the gastrointestinal tract or are you taking blood thinners? If so, then you may often need medications that protect the stomach, so-called proton pump inhibitors (PPIs) such as omeprazole or pantoprazole. Seek advice from your doctor or pharmacist before taking ibuprofen.

Aspirin can also cause stomach and intestinal discomfort and bleeding when taken on an empty stomach. That’s why it’s not the optimal painkiller in case of stomach pain. However, if you still like to take aspirin or you have nothing else in the house, then try to take the aspirin during a meal. If this works without any problem, you can try to take aspirin soberly.

Just as with paracetamol, the effect often occurs a little faster with aspirin. But just as for ibuprofen, aspirin is the subject of caution. Ask your doctor or pharmacist for advice on whether you need stomach-protective medications. In any case, if you are over 70 years of age, you have previously had stomach or intestinal ulcers or need to take blood thinners, talk to your doctor.

No prolonged intake or high dosage

Only take over-the-counter painkillers as a short-term remedy. If there is no improvement, please go to your doctor. Prescription-free painkillers are not as harmless as you might think and have many undesirable side effects with prolonged intake and higher dosage that can be permanent. 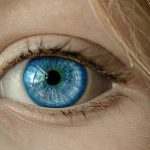 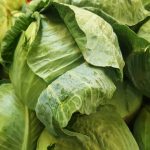