Using the infrared instruments on board hubble space telescope, researchers from SRON (the Netherlands Institute for Space Research) examined the atmosphere of WASP-43b. The planet is about the size of Jupiter and orbits the parent star – WASP-43 – 284 light-years away from Earth. Unlike Jupiter – which is at a considerable distance from the sun – WASP-43b orbits its parent star in a very close orbit. As a result, it only takes the planet just over 19 hours to complete a circle of WASP-43.

SRON researchers in their study focused on the atmosphere of the exoplanet. And that has yielded a remarkable discovery. In the atmosphere, they found alumina. A molecule that you would normally expect to occur only in deeper atmospheric layers – which even Hubble’s infrared instrument would not be able to see. “The chemical reactions that lead to the formation of alumina in gas form are more easily occurring at high temperatures and high pressure, i.e. under conditions such as those found deep in a planet’s atmosphere,” researcher Katy Chubb explains.

The fact that Hubble has now managed to detect a molecule – which you might expect to be invisible even to Hubble – shows that alumina is much higher in the atmosphere of WASP-43b. And that in turn suggests that this hot Jupiter has a particularly turbulent atmosphere, in which powerful winds shake up the atmospheric layers, bringing out, among other things, the invisible alumina.

The turbulent atmosphere arises partly because WASP-43b has a night and a day side. Because the planet is so close to the parent star, it has a synchronous rotation. This means that the planet’s orbital time is equal to the rotation time, which means that the same side of the planet is continuously directed at the parent star. The so-called day side is exceptionally hot. While the other side is quite cold. It is believed that these temperature differences between one and the other half of the planet lead to powerful winds. “They’re probably even stronger than the winds on Jupiter!” says Chubb. And in such a turbulent atmosphere, elements can not only be transported from one side of the atmosphere to the other, but also the atmospheric layers can be somewhat mixed together. “It is therefore plausible that the hot Jupiter WASP-43b has turbulence powerful enough to allow the transport of alumina from the deeper atmospheric layers,” said researcher Yui Kawashima.

It is not the first time alumina has been found in the atmosphere of a hot Jupiter. Earlier, another research group also discovered the molecule in the atmosphere of WASP-33b. “They didn’t expect it there either,” chubb said. The fact that the molecule is now also appearing on WASP-43b raises the question of whether alumina is perhaps an element that is widespread on hot Jupiters. Follow-up research should be conducted to explore this hypothesis. “We want to explore more planets like WASP-43b,” chubb said.

In the future, that research could be boosted by the next generation of powerful telescopes – such as James Webb and ARIEL, which have been specially developed to sift through the atmosphere of exoplanets. And Chubb and colleagues hope that we can gradually get a better picture of these giant planets and the way they were created. Indeed, there are still several theories in circulation when it comes to the creation of planets. And each of these theories leads to different predictions about which materials are enclosed in what quantities during the formation of planets. “For example, by finding out how much aluminum is present in an atmosphere, we can better limit these theories,” said researcher Michiel Min. 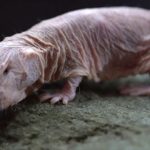 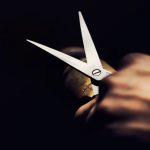 Next post UK: surgeons successfully re-implanted the penis of a man
0 Shares