For years, NASA has sent laser signals to its Lunar Reconnaissance Orbiter, without success. The first “returns to sender” were finally recorded a few months ago.

As soon as its Lunar Reconnaissance Orbiter (LRO) arrived around the moon in 2009, NASA immediately began firing lasers at it. The idea: touching small reflectors the size of a paperback book in order to send those beams of light back to Earth. Over the past decade, all of these communication attempts have failed. However, a few months ago, researchers finally managed to pick up on several of these long-awaited signals.

This is the first time that photons have been successfully reflected back to Earth from the lunar orbit. Researchers now have a new way to take measurements. This “new” line of communication will also provide an opportunity to understand why the same reflectors placed on the lunar surface more than fifty years ago are degrading so rapidly.

From 1969 to 1972, American astronauts left behind, among other things, three laser reflectors. To do what? By calculating the time it would take for these beams to bounce back to Earth, researchers could then, among other things, accurately measure the distance between the Moon and our planet.

These measurements notably showed that the Moon is slowly moving away from the Earth, at a rate of about 3.8 cm per year.

However, overtime the amount of light returned by these lunar reflectors has attenuated (up to 10%). And right now, researchers don’t know exactly why. The fact that the Moon is covered with dust probably has something to do with it.

This is why the researchers wanted to conduct this new experiment not on the lunar surface, prone to blackout debris, but from its orbit.

Indeed, if we can receive signals bounced off the LRO reflector, scientists can then compare the results with those found on the surface. This data could then tell us the degree of micrometeorite bombardment to which the Moon is subjected, and how much dust these phenomena can raise.

Reaching this target was no easy task for NASA. In fact, it involves pointing a laser beam at a target of fifteen by eighteen by five centimeters moving around the Moon more than 384,000 kilometers away. Add to this of course the atmospheric effects of the Earth capable of deflecting the trajectory of this beam.

Initially, NASA engineers used green visible light. Unfortunately, all attempts failed. About two years ago, they finally collaborated with French researchers at the University of Côte d’Azur, this time equipped with an infrared laser. This light is more effective at penetrating gases and clouds. As a result, it is therefore less subject to atmospheric disturbances.

As a result, on September 4, 2018, the Grasse (Alpes Maritimes) laser telemetry station recorded its very first bouncing signal from the LRO.

These results were then repeated on August 23 and 24, 2019. This time, however, they achieved the feat of doing so after rotating the probe to point the reflector towards Earth. In doing so, they now allow themselves to be able to take measurements without having to wait for the LRO to swing in the right direction.

So far, only a few photons have been received. According to the researchers, this is too little to determine the nature of the blocking of reflectors positioned on the lunar surface. On the other hand, repeated experiences may allow us to learn more. 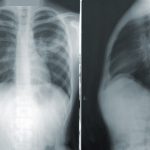 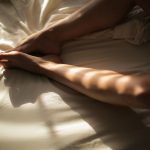 Next post Tips for women who cannot reach orgasm
0 Shares