In a matter of seconds, the star became no less than 14,000 times brighter at ultraviolet wavelengths.

We have known for some time that Proxima Centauri – the star closest to our solar system – produces solar flares. But the fact that the star also produces monstrous variants came as a complete surprise. Recently, scientists detected the largest solar flare ever from Proxima Centauri. And that also has consequences for our pursuit of extraterrestrial life.

As mentioned, the star Proxima Centauri is located at a relatively short distance from Earth, being only 4 light years away from us. As far as we know, Proxima Centauri is home to two planets, one of which could look quite like Earth. In addition, the star is a so-called red dwarf; these are the most common and longest-lived stars in the universe. Red dwarfs are a lot cooler than our sun and have a lesser mass. In fact, Proxima Centauri has about one-eighth of the mass of our own sun.

Proxima Centauri is a small but powerful star. We certainly shouldn’t underestimate it. In the study, published in the journal The Astrophysical Journal Letters, the researchers reported to have observed the nearby star for 40 hours using as many as nine telescopes, including the Hubble Telescope, Atacama Large Millimeter/submillimeter Array, and planet hunter TESS. And as they stared at the star, something striking happened.

The researchers discovered that Proxima Centauri suddenly produced a giant solar flare. This is a massive burst of energy on the surface of a star. “In just a few seconds, the star became as much as 14,000 times brighter at ultraviolet wavelengths,” says study leader Meredith MacGregor. In fact, the monstrous solar flare was one of the most violent scientists have ever seen. For example, the observed solar flare was about 100 times more powerful than any similar specimen. The whole event took only seven seconds.

As mentioned, the occurrence of solar flares on Proxima Centauri is anything but a rarity. During the forty hours that the researchers stared at the star, they also saw many solar flares – albeit of different orders. “Planets around Proxima Centauri are bombed at least once a day,” MacGregor said.

The findings from the study suggest that the free-flying star Proxima Centauri may have even more surprises in store for us. “There will probably be other weird types of solar flares that demonstrate different types of physics and that we haven’t thought about so far,” MacGregor said. The future will tell. 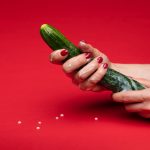 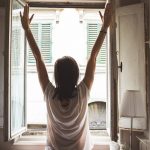