Among the new “super-weapons” with which Vladimir Poutine wanted to equip Russia, we find a stealth nuclear torpedo. The aim is to generate radioactive tsunamis. While this machine is still being perfected, it gives rise to fear of the worst in the event of a conflict.

One of the six new Russian “super-weapons”

A weapon potentially capable of causing radioactive tidal waves that can contaminate the coastlines of an entire country. No, this is not a new disaster movie script, but new technology currently in development in Russia. In an article from April 5, 2021, CNN unveiled footage of the Russian Defense Ministry. These include Russian submarines and other air bases in the Arctic Ocean. According to the media outlet, the Russian submersibles are currently conducting tests aimed at perfecting the Poseidon 2M39 nuclear torpedo.

This torpedo is one of six superweapons that Vladimir Putin wanted for his country’s military, along with the Kinjal and Zircon hypersonic missiles. The Poseidon 2M39 torpedo takes the form of a small submarine capable of moving underwater at a speed of 100 km/h, while its radius of action exceeding 10,000 km. Thus, this weapon is able to cross oceans at a depth of about 1000 meters, and in a completely stealth manner.

If its speed and range can logically be of concern, the worst is its power. Indeed, it is a question of a thermonuclear warhead capable of generating an explosion ranging from 30 to 100 megatons. However, this same warhead is comparable or even potentially more powerful than that of the Tsar Bomba (50 megatons), the most powerful atomic bomb ever tested by the Russians in 1961. However, it should be noted that this torpedo was not created to generate explosions on dry land. Rather, it is about activating the bomb underwater and causing gigantic radioactive tsunamis that can cause immense damage to the coastlines of a country or a region as a whole.

To the power of the warhead is added the presence of cobalt-60, an isotope intended to maximize radioactive fallout. Thus, in addition to the damage caused by the tsunami itself, the affected areas would become uninhabitable and unusable for many decades. This kind of weapon is a real cause for concern as currently 60% of the world’s population lives near the coast.

Moscow, through Defense Minister Sergei Shoigu, has discussed building around 30 such devices over the next few years. While the existence of this weapon gives cause for fear of the worst, it still appears to be a deterrent weapon. In other words, it cannot be used during usual conflicts. 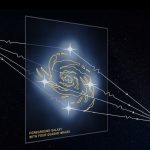 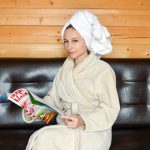