In recent years, the magnetic North Pole has moved from Canada to Siberia. A team of British researchers believes they have unraveled the mystery of this unusual gap. Since its discovery, the magnetic north pole has been moving to Siberia, but the speed at which this is happening has recently increased sharply.

It is moving faster now

Since its discovery, the magnetic North Pole has followed a north-northwest line, namely in the direction of Siberia. It is for this reason that the World Magnetic Model (WMM) is updated every five years. Used for maritime and air navigation, this model has experienced greater shifts in recent years. Indeed, since the 1990s the movement has accelerated sharply, going from around 15 miles / year to 50miles / year today.

In an article published on May 07, 2020, the daily The Independent reported the research of a team from the University of Leeds (United Kingdom). Scientists led by Dr. Phil Livermore are almost able to explain clearly why the magnetic North Pole is moving faster. Recall that the Earth’s magnetic field is mainly linked to the movement of liquid iron making up the majority of the Earth’s core located 3,000 miles below the surface.

Researchers say they have made an important discovery. According to them, the position of magnetic north is controlled by two parts of the magnetic field. One is under Canada and the other is under Siberia. The point is that the two parties interact in a “tug-of-war” manner, causing the magnetic North Pole to move.

British scientists point out that before, the Canadian side won out over the Siberian side. However, the former has largely weakened, hence the displacement to Siberia. Now, the magnetic North Pole is in the Arctic Ocean. However, the new established model based on its displacement over the past 20 years shows that it will continue its journey to Russia. In other words, it is completely impossible to predict whether the magnetic North Pole will return to Canada one day. 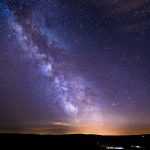 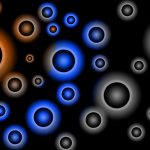