In an open letter published in the journal Science, dozens of renowned US scientists have called on President Donald Trump to refrain from resuming nuclear tests. The appeal, which was symbolically published on the 75th anniversary of the first US nuclear test, was signed by Noam Chomsky and Nobel laureates such as Martin Chalfie and George Smoot.

The nuclear test moratorium has been in place since 1992. Resuming tests would increase the risk of a nuclear arms race and nuclear war, and would harm the environment, the scientists argue. With regard to the harmful effects of nuclear weapons on “humanity and the earth,” the scientists therefore called on the US government to refrain from any plans for new nuclear tests.

A US nuclear test would mean a dramatic departure from previous US defense policy and alarm other nuclear powers – countries like India and Pakistan could see this as a carte blanche for their own tests (not to mention North Korea, which does what it wants anyway). “During the Cold War, the US conducted 1,030 nuclear tests, more than all other nuclear powers combined,” the letter reads. The signatories call on the US government to finally ratify the Nuclear Test Ban Treaty (CTBT), signed in 1996.

The Washington Post reported in late May that the US had considered a nuclear test for the first time since 1992 as a warning to Russia and China. The government has discussed this possibility, the newspaper reported, citing a senior government official and two former U.S. officials. According to the report, the conversation of May was initially without result.

The White House has not yet commented on speculation about a possible resumption of nuclear tests. In a statement Thursday, Trump stressed that nuclear deterrence is a critical factor in preventing threats to U.S. security. Washington, however, is complying with the moratorium that has been in place since 1992. At the same time, the White House accused Russia of experimenting with nuclear weapons. China, too, is believed to have carried out such tests. 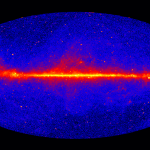 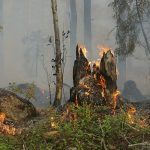