South Korea is reported to be building its own version of the acclaimed Israeli iron dome. The iron dome, for those who don’t know, is system built by the Jewish state with the help of the United States to detect and destroy enemy rockets in flight. The system is proved to be highly effective against rockets thrown at Israel by Hamas during the last confrontation of the two sides.

How does the iron dome work?

In the Israeli context, when a rocket is sent by one of the Palestinian armed groups, a radar detects it and its trajectory is quickly analyzed. And if it risks falling on inhabited areas, an Israeli interceptor missile is launched at it. This “iron dome” has been in place for ten years. It was developed by Israel with support from the United States. The device is able to intervene day and night, in clear weather as in full fog, on all the territory.

However, this system is not foolproof. During the last confrontation, only half of the rockets fired were neutralized. Furthermore, once the rocket has been neutralized, the danger is not completely eliminated. Indeed, its debris can still do a lot of damage on the ground.

South Korea wants to create its own Iron Dome in order to defend itself against a possible attack from the north. Indeed, North Korea has long been developing rockets and missile that can easily reach Seoul. South a system would allow the South to prevent some of the damages that such an attack would cause.

Indeed, the Seoul metropolitan area is home to about half the population of 52 million and is well within the range of the missiles and launchers of the North Korean communist state.

The South Korean government has already approved a $ 2.6 billion plan to develop and implement the system, which should be fully put in place by 2035.

The Department of National Defense said that existing weapons such as Patriot and THAAD missile defense systems are designed to target the North’s short range ballistic rockets while the new system aims to protect the country against long range weapons and multiple rocket launchers.

South Korea is not alone

South Korea is not the only country wanting to equip themselves with iron-dome style system. The United States itself is looking to implement the system in strategic areas. Last year, the US military indeed received the first of two Iron Dome batteries purchased from Israel, just over a year after an agreement was signed between the two countries. “These batteries will be used for the defense of US troops against a variety of ballistic and aerial threats,” the Defense Department said then. 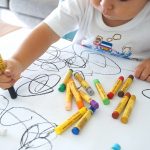 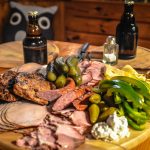