Are you hypersensitive to histamine or suffer from histamine intolerance? Proper nutrition can help.

The question of how to regulate hypersensitivity or intolerance to histamine through the diet arises regularly. Perhaps you do not tolerate histamine yourself or know someone who has problems with it. In this article, we will show what exactly histamine is, why some people have discomfort as a result and how to alleviate the symptoms.

Histamine is an important substance produced by our body. It plays a major role in bodily functions. It is primarily a nerve messenger, a neurotransmitter that ensures that the nerve cells in our body can do their work. Among other things, it is involved in the regulation of the sleep-wake rhythm.

Another task to which histamine contributes is the release of stomach acid.

Histamine is also part of inflammatory reactions. It increases the permeability of blood vessels, allowing white blood cells and protein molecules to fight infections. When you come into contact with a substance that your body considers harmful, it releases histamine from the mast cells to trigger an inflammatory reaction, which can be manifested by sudden itching, swelling, hives, a runny nose, and watery eyes.

According to researchers, about one percent of the population suffers from problems caused by histamine.

How does the histamine get into the diet?

Histamine is a biogenic amine. Biogenic amines are degradation products of amino acids in our diet. In the case of histamine, the origin is the amino acid L-histidine, which is naturally present in our diet. This process can be triggered by enzymes and bacteria.

A recent review study compared dozens of studies and found the following:

Then there are histamine liberators. They promote the body’s own release of histamine. According to a study, citrus fruits, nuts, wheat germ oil, and alcohol can cause the body to release histamine.

Why some people develop symptoms

Our body normally produces the enzyme diamine oxidase (DAO), which is responsible for the breakdown of histamine. In the past, this enzyme was called histaminase. This enzyme occurs mainly in our intestines but is also produced by the kidneys and thymus gland. The DAO enzyme helps the body to control the amount of histamine and thus prevent physical discomfort. Some scientists suspect that the sensitivity to histamine is due to a deficiency of the DAO enzyme.

The cause is gene mutations, frequent alcohol consumption, certain medications, an imbalance in the intestinal flora, and/or the frequent consumption of histamine-rich foods. According to other scientists, increased permeability of the intestine or an overactive immune system could also underlie the histamine problem.

By means of a stool sample, which can be taken at home, it can be determined whether you have a deficiency of DAO enzyme.

Some foods can impede the function of the DAO enzyme. Among other things, black tea, mate tea, dyes, and alcohol are notorious.

If you suspect that histamine is causing you problems, then there are some ways that might bring relief:

With the above-mentioned guidelines, the symptoms can be recognized and perhaps alleviated in the long term.

Unfortunately, there is no one-size-fits-all solution: according to scientists, each case is unique and you need to figure out what your personal histamine diet should look like.

Accordingly, everybody reacts differently, everyone has different intestinal bacteria and different tolerance to histamine. The experts recommend getting the help of an experienced nutritionist who will accompany you on your search.

Or is it something else?

In addition to histamine, there are many other biogenic amines. Think of tyramine, which is a breakdown product of tyrosine. Tyramine is degraded not only by the enzyme DAO but also by the enzyme MAO. Other biogenic amines include cadaverine, spermidine, spermine, and putrescine, all of which can compete with the DAO enzyme. Many people get headaches from a glass of red wine, which is often attributed to tyramine.

Hypersensitivity to histamine is very common. All foods contain histamine, so it is impossible to completely avoid this substance. One can only choose foods with low histamine content and avoid histamine-rich foods as much as possible. We can support the body in such a way that histamine has less influence on us.

The problems can be kept in check by avoiding stress, preventing a lack of micronutrients, keeping the intestinal flora in balance, and selecting the freshest possible foods. An exclusion diet can help detect personal hypersensitivity, allowing you to remove real evildoers from the diet. 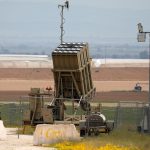 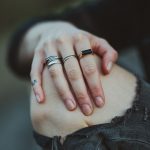