Astronauts Bob Behnken and Doug Hurley, members of SpaceX’s very first crewed mission to the ISS, will return to Earth on August 2. The ditching is planned in the Atlantic.

On May 30, SpaceX propelled astronauts Bob Behnken and Doug Hurley to the International Space Station (ISS). A historic takeoff for two reasons. It was, on the one hand, the first crewed mission to leave American soil since 2011. On the other hand, the flight took place aboard an American capsule designed and built by a private company. A first.

If the Demo-2 mission is a success for the moment, let’s remember that SpaceX has only completed half the trip. Indeed, it is now a question of bringing the two astronauts safely to Earth.

So far, no date had really been set. This Friday, NASA and SpaceX finally agreed on the calendar.

On August 1, the capsule will detach from the station. The spacecraft will then slowly have to extricate itself from the sphere close to the ISS, before proceeding with the first orbital maneuvers. The descent should normally last one day.

Shortly before entering the Earth’s atmosphere, the two astronauts will release the “trunk” of the capsule. As a reminder, this is the cylindrical module intended to transport the different payloads. It is also on half of this “trunk” that SpaceX decided to line the various solar panels of the capsule.

The spacecraft will then enter the Earth’s atmosphere at a speed of approximately 27,000 km/h. The friction of the particles will considerably slow down the fall, while heating the outer shell of the capsule to temperatures almost as hot as the sun. To protect themselves, astronauts will take advantage of a heat shield.

Once this fiery reentry phase is complete, the spacecraft will deploy its four Mark 3 parachutes, which will slow the vehicle down enough to guarantee a soft landing in the Atlantic Ocean off the coast of Florida. This operation should normally take place on August 2.

A recovery team will then be held nearby so as to quickly remove the two astronauts from the capsule. It will also be removed from the water before being brought back to Cape Canaveral aboard SpaceX’s GO Navigator.

Obviously, as Jim Bridenstine, chief administrator of NASA points out, these dates are not set in stone. Everything will depend on the weather. This is the time, it will be remembered, which had already delayed the departure of the two astronauts last May.

Once this Demo-2 test mission is completed, SpaceX will then be ready to launch the first of these contract flights. This mission, known as Crew-1, is scheduled to take off from NASA’s Kennedy Space Center in Florida on August 30. 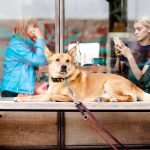 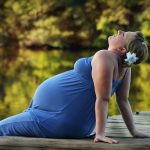