SpaceX is expected to launch the biggest rocket in human history in the near future. We now know that this interplanetary and entirely reusable spaceship is capable of transporting men to the Moon and Mars, even though this is just the maiden orbital test mission for the time being. Elon Musk, the CEO of SpaceX, on the other hand, has even loftier aspirations. Indeed, this spacecraft has the potential to fundamentally alter our understanding of the Solar System.

This enormous rocket, which is currently being developed in Texas, is comprised of a massive spacecraft dubbed Starship, which is topped atop a massive booster named Super Heavy. Both have the capability of reuse, allowing for a significant reduction in costs while simultaneously increasing the pace of launches. A final goal is for the complete vehicle to be capable of transporting 100 metric tons of cargo and passengers into space.

While addressing at a virtual conference held by the National Academies of Science, Engineering, and Medicine of the United States in mid-November, Elon Musk spoke about the scientific potential of his project. The ability to evolve into a multi-planetary species as rapidly as feasible is critical, according to him. In the process, we might learn a great deal about how the cosmos works since this spacecraft will be capable of transporting “a great deal of scientific equipment,” which is far more than is now conceivable. To put it another way, “imagine a one-hundred-ton object on the continent of Europa,” he went on to explain.

Europa, also known as Jupiter II, is the smallest of Jupiter’s four Galilean moons and the sixth-closest moon to the planet among the planet’s 79 known moons.

As previously stated, in addition to having a high lifting capability, the Starship is also intended to be “affordable.” In contrast to organizations like as NASA and the European Space Agency (ESA), who must carefully choose a few missions to support with very restricted resources, the affordability of the Starship may enable projects to be considered that would otherwise not be explored.

SpaceX estimates that, in the end, Starship launches may cost as little as 2 million dollars. According to Andrew Westphal of the University of California at Berkeley, “the cheap cost of access has the potential to be a genuine game-changer for scientific study.” As a result, it is possible to see privately financed missions and citizen consortia banding together for scientific endeavors.

With all of this potential in mind, scientists are already beginning to speculate about what the Starship could be able to provide us. Jennifer Heldmann of the NASA Ames Research Center wrote an essay earlier this year in which she discussed some of these scientific potentials.

First, it would be possible to avoid the need to systematically miniaturize the instruments, which would be a significant gain. According to Heldman, “you could launch major drilling equipment, for example. After that, you could dig for over one kilometer, much as we do on Earth.” This would provide for unparalleled access to the interiors of the Moon and Mars, as well as to potentially mine for valuable resources on those planets.

“Previously, such a notion was considered to be a little insane,” adds the researcher. “With the Starship, you can accomplish anything and still have space to spare.”

As a result of its ability to return to Earth, SpaceX’s Starship may be able to return with vast quantities of samples on board. It is possible that a large amount of material collected from diverse locations might offer light on a variety of puzzles, such as the volcanic history of the Moon or the possibility of alien life on the planet Mars.

In the long run, the spacecraft might potentially be used for more “extravagant” missions, such as voyages to Neptune. This is the concept proposed by a group of worldwide scientists known as Conex (for Conceptual Exploration Research). Neptune has only been visited once, during a lightning passage of the Voyager 2 spacecraft in 1989. Since then, it has been difficult to grasp the true nature of this frozen world and its biggest moon, Triton.

The researchers then conjure up the idea of a spacecraft dubbed Arcanum, which would be capable of studying this faraway system. The problem is that such a spacecraft would weigh more than twenty tons, which is four times the weight of the heaviest space probe ever built, the Cassini-Huygens mission, which investigated Saturn from 2004 to 2017.

As of now, no current rocket has the capability of launching such a piece of equipment. The Starship, on the other hand, would be able to. Additionally, the mission might be outfitted with a telescope, which would enable for research of the Solar System’s outer regions as well as the search for exoplanets to be conducted.

There are other possibilities, such as utilizing Starship to launch a probe into orbit above Jupiter’s volcanic moon Io, which would need significant lifting capability once again.

Other suggestions are much more speculative in nature. A massive spaceship-like as the Starship, according to calculations made by Philip Lubin of the University of California at Santa Barbara, might be used to hit an asteroid threatening the planet.

As previously stated, such a mission may in fact contain enough explosives to completely destroy an asteroid as huge as that which was responsible for the extinction of the dinosaurs. When it disintegrates, the particles will burn harmlessly in the atmosphere before they have a chance to reach our world.

There are, without a doubt, compelling reasons to exercise caution. Starship has only taken a few test flights, with just one of them ending up successfully. However, the Super Heavy booster has yet to take flight. And when these two machines are combined, they will create an extraordinarily enormous and complicated structure that may yet confront development hurdles in the years ahead. Furthermore, transporting a Starship to the Moon or Mars would certainly need several refueling flights from Earth orbit, which has not yet been attempted.

In spite of this, there are plenty of reasons to be optimistic going forward. From the inner Solar System to the extreme edges of the Solar System and even beyond, such a spacecraft might very well herald in a whole new age of space exploration and exploration science and technology. 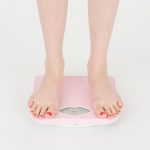 Previous post 10 reasons why you're not losing weight despite dieting 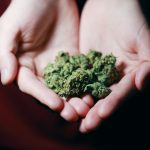