The Sun Moon Lake is the largest lake on the island of Taiwan. The beautiful body of water is surrounded by majestic mountains, green lush trees, and great number of historical and cultural monuments.

The people of Taiwan are particularly proud of the natural beauty of their island. And for good reason, because it offers a rich variety of marvelous sites, from the splendor of its high mountains to the charms of its rivers.

Perhaps the most famous tourist attraction in Taiwan is Sun Moon Lake. Located in the district of Nantou, the lake is quite close to the geographical center of the island. At 760 meters above sea level, it leans against magnificent mountains surrounded by lush green vegetations.

It is a natural body of water that has not always enjoyed its current success. The construction of a hydroelectric power station, under Japanese occupation from 1895 to 1945, raised the water level of the lake. The banks were overflown and Kuanghua Island, a small mountain in the middle of the lake, quickly eroded.

With a total area of ​​nearly 8 square kilometers, the lake appears to be divided by the Kuanghua Island into two parts, which earned it its name. The eastern part, more round, resembles the sun, while the western part, in the shape of a large semicircle, would be the projection of the moon.

A cultural treasure for the people of Taiwan, the lake, apart from its extraordinary natural beauty, offers several historical sites around it, including temples, pagodas, an aboriginal village, and the famous Peacock Garden.

A short distance from other tourist hotspots on the island, the region includes the mountain town of Puli, the Shanlinhsi and Hsitou recreation area, a typical bamboo forest, as well as the Luku tea production center.

At the estuary of the Chuoshui River which flows into the lake, you will find swamps full of reeds where waterfowl come to frolic, and other small animals live.

To see them, you have to take your binoculars and take a boat on the eastern shore, behind the Youth Activity Center.

Nature lovers can also observe the flights of silver egrets and black crested herons. These wild birds are especially active at the end of the day when they come to frolic or swim in the water.

Sometimes it seems that the birds are not even frightened by the human presence to which they have become accustomed, to such an extent that they come to fly near the boats, rushing on the boats then veering at the last moment.

Before the dam was built and the water level raised, Kuanghua Island was called Pearl Mountain. From Kuanghua, which can be reached by boat, stretch the Green Dragon Mountains which have the appearance of a large reptile covered with scales ready to swallow the small lake island.

A small monument dedicated to the Old Sage under the Moon – the Chinese equivalent of Cupid – has been built on the small island. According to popular belief, the Old Sage helps newlyweds in their married life. This is why the place has become a place of pilgrimage and prayers for young couples.

Towards the north of the lake, is located the Wen Wu temple, dedicated to the ancient deified Chinese generals, Guan Yu and Yue Fei, as well as to Confucius, the great sage and philosopher.

The temple was built in the style of the palaces of the northern dynasties (386-581). It is the only Confucian temple in Taiwan open year-round. It offers a magnificent panorama of the lake, the mountains and the terraces that surround it.

On the north-eastern banks, you can visit the Peacock Garden, where hundreds of exotic birds live. Next to the garden, the Butterfly Museum houses specimens of the many species of native butterflies.

The aboriginal village of Te Hua is that of the Tsao tribe, one of the smallest in Taiwan. Each year, on the Chinese Mid-Autumn Festival, which falls in September or October, the Tsao celebrate their Harvest Festival. In the village, shops sell various souvenirs, handicrafts, and traditional costumes.

Five kilometers away, you will find the Hsuan-tsang temple. Built in 1965, the 3-storey building contains a large statue of the Buddha.

The temple is dedicated to a Chinese monk Hsuan-tsang, who was sent to India by Emperor Tai-tsung (reign: 626-649), of the Tang dynasty, to bring back the Buddhist writings. Hsuan-tsang is credited with the development of Buddhism in China. Ashes of this monk would be kept in this temple.

The building, built in a Tang Dynasty architectural style, faces Kuanghua Island. On the surrounding walls, a long fresco describes the journey of the monk Hsuan-tsang to the West (India) and is accompanied by explanatory panels carved in stone.

600 meters away is the tall Tzu-en pagoda, built in 1971 by President Tchang Kaï-shek in honor of his mother. All the materials that were used in its construction on Shabalan Mountain, at an altitude of 954 meters, were transported by boat across the lake before being hoisted by cable up this mountain side. The pagoda is 46 meters high, raising its summit to 1000 meters above sea level.

Around the lake, several sites are of interest to amateurs, such as, at the foot of Hanpi mountain, to the north-west, the trail which leads from the banks of the lake to the tower of the same name.

This pleasant course, about an hour, follows a brick paved path that winds here and there around the mountain. Once at the tower, walkers can rest and, above all, enjoy the spectacular view.

The hills around the lake are covered with tea plants. It is the only region in Taiwan that produces Assamese tea, a variety imported from India and introduced to the island by the Japanese in 1925. The first transplanted shrubs grew here as well as in Assam to become a specialty.

For several generations, the Lake of the Sun and the Moon has become the favorite destination for young couples who spend their honeymoon there. City dwellers also come to seek a little calm in this splendid panorama, while foreign tourists, in particular the Japanese, stop off there to take a rest during their tour of the island. 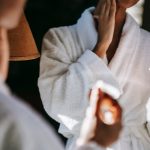 Previous post Collagen Benefits: 9 reasons why you should be taking collagen supplements 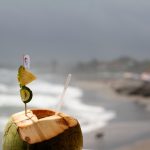