The link between poverty and psychological symptoms has long been clear, but an American review study now reveals exactly how the two things reinforce each other. The researchers advise on concrete measures and call on policy makers to take swift action asthe corona crisis has exacerbated this problem.

Money worries and psychological problems can reinforce each other in such a way that people end up in a downward spiral where they find it very difficult to get out. Financial setbacks can mentally affect a person and inversely psychological symptoms, such as anxiety and depression can increase the risk of poverty. Scientists from Harvard University and the Massachusetts Institute of Technology (MIT), both in the United States, analyzed how this vicious circle works and how it can be broken. They took a close look at a large number of studies from all over the world.

Poverty is bad for mental health for a variety of reasons. It is obvious that a lack of financial stability creates a lot of worry and uncertainty. People in poverty also often live in unhealthy environments, both in terms of their homes and neighbourhoods. As a result, they often do not have a good place to sleep and are more exposed to air pollution and extreme temperatures. Moreover, in many cases poverty leads to poor physical health and sometimes even to experiences of violence, crime and traumatic events. Also having a lower social status has a psychological impact.

Conversely, anxiety and depression cause people to find themselves in financial trouble, as they often lose their jobs or unable to find work. The psychological symptoms can lead, among other things, to severe concentration problems and high fatigue, which is detrimental to productivity. There is also still a stigma attached to mental problems, which reduces ones chances in the labor market.

In addition, anxiety and depression can negatively affect a person’s buying habits and investment decisions. Mental problems are also linked to chronic conditions such as diabetes and heart disease, which often involve high medical costs.

The mental and financial difficulties of parents obviously have a serious impact on their children. Children who grow up in such situations are at a higher risk of later being confronted with similar problems. This creates an additional vicious circle, across several generations.

The researchers point to evidence that this downward spiral can be broken by services and programs providing financial support and low-threshold psychological assistance to people in need. Psychological aid, they say, should be an important part of broad strategies to combat poverty, in addition to traditional economic measures. They stress that action by policymakers is now even more urgent because of the corona crisis. The pandemic has affected people in poverty even more than others and has a profound impact on both the economic and mental health of the world’s population in general. 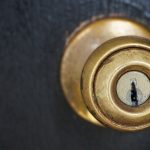 Previous post These bacteria are able to survive copper 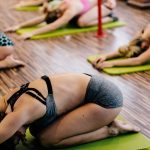 Next post The benefits of Yoga for mental health
0 Shares