Copper is considered a natural disinfectant that reliably kills harmful germs under normal circumstances. For this reason, for example, doorknobs in hospitals are often coated with the precious metal. But now researchers have shown that bacteria, including the multi-resistant hospital germ MRSA, can develop mutations under certain conditions that allow them to survive on the antimicrobial surface. For hospitals, this means that regular additional disinfection measures are necessary to prevent such mutations.

Bacterial infections are usually treated with antibiotics. However, many disease-causing bacteria have developed increasingly resistant to common drugs in recent decades. Particularly feared are so-called multi-resistant bacteria, which can no longer be combated at all with most antibiotics. These include, for example, the germ methicillin-resistant Staphylococcus aureus (MRSA), which is responsible for many lengthy hospital infections. Copper surfaces, for example in doorknobs, are considered to be an effective measure against the spread of such bacteria. Due to their antimicrobial properties, they prevent bacteria from surviving on it and being passed on the next touch.

Tolerance development in the test

A team led by Pauline Bleichert from the Institute of Microbiology of the Bundeswehr in Munich (Germany) has now investigated to what extent bacteria can withstand even such deadly surfaces. They used two typical bacterial species: the intestinal bacteria Escherichia coli and the hospital germ MRSA. Co-author Dietrich Nies from the Martin Luther University Halle-Wittenberg explains: “Copper surfaces are real bacterial killers. Within a few minutes, most bacteria die when they land on a copper surface.”

In the laboratory, the researchers specifically created conditions that are suitable for developing resistance and tolerances: they initially placed the bacteria only briefly on the surfaces, took them down again and let them recover in a nutrient medium. They repeated this process several times, with the survivors gradually being exposed to the surface that was actually deadly for them.

In fact, within three weeks, bacteria developed that could survive on copper for more than an hour. “Outside the lab, of course, the conditions aren’t ideal,” Nies says. “However, if copper surfaces are not cleaned regularly, insulating fat layers can be produced on them, which could allow a similar development over a longer period of time.” But how did the bacteria survive on the copper surface? The mechanism did not appear to be based on a reduced uptake of the deadly copper ions. These accumulated in the mutated bacteria as well as in their non-tolerant ancestors. But only with the non-mutated bacteria were the copper ions able to destroy the cell structures and thus kill the bacteria.

To clarify what underlies this tolerance, Bleichert and her colleagues analyzed the genetic material of the bacteria for clues to possible resistance. “We have not found a gene for resistance to the lethal effect of metallic copper surfaces,” Nies reports.

Instead, the team observed a phenomenon in the surviving bacteria that has been known in a similar form for some time: they reduce their metabolism to the absolute minimum and fall into a kind of hibernation.

Since antibiotics usually aim to disrupt the metabolism of growing bacteria, they are almost ineffective in these particular bacteria, also known as persisters. “No matter how good an antibiotic works, there is always a handful of persister bacteria in each generation,” Nies explains. However, these are not antibiotic-resistant bacteria, as their offspring are again susceptible to the drugs. Normally, only a very small part of the bacteria becomes perennising. In the case of the bacteria isolated in the experiment, however, it was the whole population. Although they were able to grow as fast as their ancestors, they were able to save themselves in the state of persistence faster than these in adverse circumstances. “The property has also passed on the bacteria over 250 generations, even though they have no longer come into contact with copper surfaces,” says Nies.

The team therefore recommends that copper surfaces be cleaned regularly and thoroughly with special means so that persister bacteria cannot develop. In addition, copper surfaces are only one of many in order to tackle harmful bacteria in a targeted and effective manner. They can supplement, but not replace, antibiotics and hygiene measures. 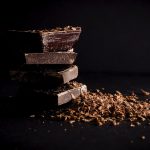 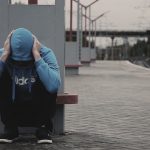