US researchers have succeeded in fully sequencing a human chromosome for the first time. This is the X chromosome, one of the two human sex chromosomes.

The Human Genome Project (1988-2003) was tasked with establishing the complete DNA sequencing of the human genome. As a result, the researchers had announced a coverage of 99% of the three billion DNA bases of the genome. Thus, there are still many holes and missing sequences on the different chromosomes.

The genome was not sequenced all at once but was reconstructed from end-to-end DNA sequences, in other words from telomere to telomere. Note that these regions are found at the ends of a chromosome. Consequently, this is a source of discontinuities and repetitions. The point is, until now, none of the chromosomes could be sequenced in their entirety.

In a study published in the journal Nature on July 14, 2020, a team from the Genomics Institute at the University of California at Santa Cruz said they had hit the nail on the head. Researchers have succeeded in fully sequencing the X sex chromosome! Since this success, they are now working on the sequencing of the other chromosomes.

Scientists used the MinION sequencer, developed by Oxford Nanopore Technologies. This sequencer uses nanopore sequencing. It is a technique of applying an electric current to a membrane perforated with thousands of holes about one nanometer in diameter.

However, when passing through nanopores, the nitrogenous bases of DNA produce different variations in current, allowing them to be identified. Thus, it becomes possible to transcribe longer sequences. Indeed, these correspond to hundreds of thousands of base pairs. The researchers explained that this technique made it possible to completely cover the repeating regions, the same ones that were problematic before.

However, many breaks remained to be corrected manually. The project leaders relied on variations in the repetitive sequences. These latter served as markers to align and link the sequences together. In total, the researchers completed the 29 holes present on the reference X chromosome!

In addition, sequencing by nanopores made it possible to detect bases modified by methylation. These do not change the sequence itself, but affect the structure of DNA as well as the expression of genes. However, the fact is that these changes, however subtle, cause physiological effects in people. The work is still long, but in the future it may be a question of discovering the origin of certain diseases. 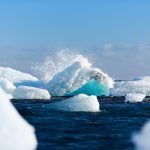 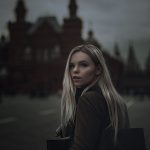 Next post Study Identifies Link Between Fear And Anxiety In The Brain!
0 Shares