Discovery of a methane leak near Antarctica puzzles scientists!

For the first time, researchers have reported the existence of an active methane leak near the Antarctic coasts. And the observations made are intriguing to say the least. The results were published in the journal Proceedings of the Royal Society on July 22.

Scientists at Oregon State University (USA) made the discovery during a scientific expedition to the Ross Sea. Located at McMurdo Strait, the methane leak emanates from a cavity on the cold and hostile seabed that borders the southern continent. Its dimensions are in the order of 70 meters long and 1 meter wide. This is the first officially reported leak in this part of the world.

It would have been active since 2011 at least. Date on which fishermen made his report somewhat accidentally. It was not until 2016 that a database suitable for monitoring was acquired by in situ measurements. Then a few more years before detailed results were obtained and published in a scientific journal.

Large reserves of methane under the seabed
Experts estimate that vast amounts of methane (CH4) are stored under the ocean floor near the South Pole. Also, one of the fears is that the warming climate will lead to an increasing release of these into the atmosphere. A potentially catastrophic scenario since CH4 is a powerful greenhouse gas, which would thus reinforce the warming and the release of methane. In other words, a vicious circle.

Fortunately, this eventuality is not on the agenda. Indeed, the researchers say the Ross Sea has hardly warmed so far. Therefore, it is a priori not possible to link this discovery to human-induced climate change. “It’s on the side of an active volcano but it doesn’t look like it’s coming from there either,” notes Andrew Thurber, lead author of the study. The origin of this leak therefore remains very mysterious. However, an observation rich in lessons could be made.

The idea hitherto accepted was that if methane escapes from the seabed, a significant fraction would be oxidized by bacteria before reaching the atmosphere. A buffer phenomenon which partly explains why the hypothesis of a runaway by massive releases of methane was considered very unlikely. However, here the researchers found that the bacteria only began to arrive 5 years after the appearance of the fumes.

“This delay is the most important result,” says Andrew Thurber. And for good reason, if the movement of methanotrophic organisms is not fast enough to play the buffer role mentioned above, then any release of methane could reach the atmosphere more easily than we thought.

Given the site’s shallow depth – around 10 meters – and limited microbial oxidation, the methane released was most likely to reach the atmosphere. “We are probably in a transitional phase where it may be five to ten years before a [bacterial] community fully adapts and starts consuming methane,” the lead author explains. For now, the reported communities are not in step with what the theory suggests. Thus, it will be necessary to carefully monitor the evolution of the leak and the surrounding microorganisms.

“The discovery also raises the question of whether these characteristics are more common than what we might think in Antarctica, but are rarely found,” said Jemma Wadham, a biogeochemist who was not involved in the study. “Antarctica and its ice cap are huge gray areas in our understanding of the terrestrial methane cycle – they are difficult places to work.” 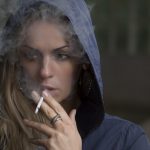 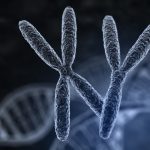 Next post The X chromosome has been fully sequenced!
0 Shares