We all exaggerate sometimes. Sometimes intentionally, but often also unintentionally because we really remember things differently. An American study now shows that our brain stimulates certain perceptions made in our memory in order to better distinguish between similar memories. Exaggeration would therefore be a useful memory trick of the brain.

Memories often do not correspond entirely to reality. That’s how that spider that scared the hell out of you as a kid probably wasn’t as big as you remember. The same may apply to that fishing catch your uncle always talks about.

There are several factors at play in an unconscious distortion of reality in your mind, but neuroscientists from the University of Oregon and New York University think that exaggerations are in some cases clever tricks of your brain. They would help you to remember the difference between similar things.

The researchers relied on an experiment they conducted with 29 subjects. They showed them different images over two days, which they had to store in their memory as well as possible.

Among other things, the participants had to remember the combinations of faces with certain similar objects, such as several umbrellas, which differed only slightly in color. For example, one umbrella was light green and another was dark green.

On day two, the subjects were better able to remember the combinations than on the first day, which of course makes sense, because we learn by practicing. But the researchers also found evidence of a certain strategy their brains applied to do so. It turned out that people who could remember the right combinations greatly exaggerated the color differences between similar objects, in such a way that they no longer corresponded to the actual colors.

The researchers supplemented this finding with brain analyses performed with so-called fMRI scanners. This technology mapped the brain activity of subjects in certain brain regions as people imagined the images of objects. The analyses highlighted the importance of differences between patterns of brain activity in these brain regions. These differences were more pronounced when people exaggerated the color differences between objects and they could better remember the right combinations.

According to the researchers, the brain will not only exaggerate color differences to distinguish memories from each other. For example, if you take a walk on the beach on two different days, your brain can remember, among other things, that there was more wind than the other day. When you want to evoke a memory of one of the two walks, your brain could exaggerate the noisiness or calmness during the walk to find out the correct memory.

“Our memory is dynamic,” said study leader Yufei Zhao of the University of Oregon. “On the one hand, memories can fade and become less accurate. But on the other hand, certain adjustments, distortions of memories, can be useful in daily life.”

All participants in this recent study were young, healthy adults with good memory. In the future, the researchers also want to examine the memory capacity of older people. For example, they want to check whether a person’s memory will work worse, partly because his or her brain is no longer able to exaggerate the differences between similar memories over time. 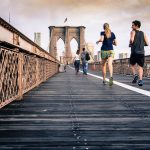 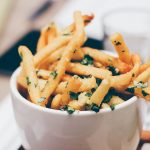