No life on Venus according to a recently published study. Scientists led by the British Royal University of Belfast have come to the conclusion that the existence of life in the clouds of Venus is impossible because it is too dry.

This is stated in a new study published in the journal Nature Astronomy on Monday. This conclusion challenged the idea of microbes in the planet’s atmosphere because of the presence of phosphine gas.

“When we looked at the effective concentration of water molecules in those clouds, we found that it was a hundred times too low for even the most resilient Earth organisms to survive. That’s an unbridgeable distance for life,” said microbiologist John Hallsworth from Belfast’s School of Biological Sciences.

Professor Jane Greaves of Cardiff University, whose team had raised the possibility of life on Venus, called the new study a fine new study. However, she has not yet abandoned her hypothesis. Indeed, her team announced on September 14 last year that they had detected a gaseous compound on Venus, phosphine (PH3), which is produced industrially on Earth and is commonly used in the composition of pesticides. The presence of such a toxic molecule for the majority of terrestrial beings would have on Venus or on Mars, another connotation: no mechanism known to date could explain the presence of phosphine – chemically unstable in a gaseous environment where l oxygen is present — without invoking the continued production of this gas by biological activity.

“We spoke about this at some length last year; we know Venus’s atmosphere is extremely desiccated but what we don’t know is how well mixed it is,” the professor said, recalling another colleague’s research that shows that some droplets in the clouds may have very high water content, the BBC reported.

Greaves pointed to dark streaks in Venus’ atmosphere that could be microbial colonies.

In turn, the well-known astrobiologist from NASA Chris McKay, co-author of the new study, considers life on Venus unlikely. ” To say a place is not habitable, all one has to do is show that some condition is beyond the range that life can tolerate. We’ve done that for Venus, unfortunately,” he said.

NASA has approved for 2028-2030 the launch of missions to study Venus, which are due to begin at the end of this decade. In addition, the private company Rocket Lab wants to send a spacecraft to enter the atmosphere of Venus in 2023. Among the team members will also be Professor Greaves.

A planet with an extreme environment

Venus is known to scientists as having one of the most hostile environments for the emergence or maintenance of any life form. Living on Venus means having to face extreme temperatures (over 450 °C near the surface), but also the presence of sulfuric acid in large quantities.

Moreover, this same acid composes the thick layers of clouds which cover the entirety of the Venusian globe, and which make Venus the most brilliant celestial object after the Sun and the Moon, hence the name “Evening Star”. Besides the fact that these clouds reflect sunlight, explaining why Venus appears so bright to us, their thickness makes it impossible to observe its surface in visible light, making Venus one the most enigmatic celestial body to astronomers.

However, there remains one place on Venus where some scientists have theorized that life could exist: it is precisely the clouds. At the altitudes where these clouds form, the temperature and pressure conditions are not very different from what we know on Earth.

The famous astronomer Carl Sagan, host of the very popular Cosmos television series in the early 1980s, in an article written in 1967 for the prestigious journal Nature, made the hypothesis that the Venusian clouds could provide a “habitable niche” for life.

This theory, which could have seemed far-fetched then, has since been taken up by several scientists, who have in turn designed scenarios to explain how life would be able to emerge on Venus, then maintain itself thanks to the clouds as the planet became the infernal furnace that we know today.

Whether life exists on Venus or not, the good news for Venus is that all eyes are on her again: plans for her exploration are brewing. The question of the proven presence of phosphine in Venusian clouds should be able to be elucidated in the years to come. 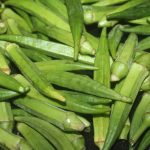 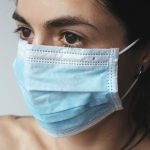 Next post Maskne: 7 best tips to treat or prevent acne caused by wearing a mask
0 Shares