A combination of physical and mental exercise can improve brain function, mobility, and symptoms of depression in people with dementia.

In people suffering from dementia, memory and cognitive functions are greatly affected which consequently significantly hamper independence, whether in daily activities or social relationships. Dementia is progressive: it gets worse over time. Patients are become more and more dependent and they require more and more care.

There is currently no treatment to cure the disease, but cognitive and physical abilities can be improved by certain approaches. In this context, a Belgian team (KU Leuven) evaluated the interest of the “exergame”: a video game that requires movement of the body.

The device consists of a screen and a floor panel. This panel records the player’s steps, pressure changes and balance. The dots on the screen indicate which segment of the panel the player should move to. If the user succeeds, the degree of difficulty increases. In this way, the person exercises their physical and cognitive skills at the same time.

The results show that the exergame sessions improved participants’ cognitive abilities, such as their attention, concentration, memory and orientation. In addition, they experienced significantly fewer symptoms of depression. Finally, this training also had a positive effect on their physical skills, such as reaction time.

Previous studies had already shown that exercise can slow the development and strengthening of symptoms of dementia. This suggests for the first time that active video games can also alleviate these symptoms. 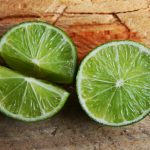 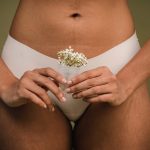