For the first time, astronomers have found evidence of the presence of water vapor in the thin atmosphere of Jupiter’s largest moon, Ganymede. The water vapor occurs when ice sublimates on the surface of this moon, that is, passes directly from ice to gas.

Previous research had already found circumstantial evidence that Ganymede, the largest moon in our solar system, contains more water than all the oceans on Earth combined. However, the temperature on this moon is so low that its surface is stiffly frozen.

The Ganymede ocean should therefore find itself roughly 150 kilometers below this ice crust, which means that water vapor cannot escape directly from this ocean.

In the new study, astronomers took another look at data Hubble has collected on Ganymede over the past two decades. In 1998, the space telescope captured the first ultraviolet images of the Jupiter moon. Two of them showed a kind of aurora, and the similarities between the two pictures seemed to indicate that Ganymede’s thin atmosphere consisted entirely of molecular oxygen (O2).

However, other observed characteristics were contrary to this. Scientists concluded that the discrepancy was probably related to high concentrations of atomic oxygen (O).

In 2018, a team led by Swedish planetary scientist Lorenz Roth tried to determine the amount of atomic oxygen in Ganymede’s atmosphere using Hubble measurements taken between 1998 and 2010.

To their surprise, they discovered that there was virtually no atomic oxygen present. And that means that the observed discrepancy between the polar light recordings from 1998 must have another cause.

The new study thus took a good look at those old shots. It was already known that the temperature at Ganymede rises high enough around noon to sublimate small amounts of surface ice. And the observed differences between the old UV recordings could now be traced exactly to that part of the atmosphere where water vapor can be located.

According to the researchers, the previously detected molecular oxygen in the Ganymede atmosphere is created when charged particles erode the ice surface. The measured water vapor is created simply because the surface ice heats up locally enough to allow water vapor to escape. 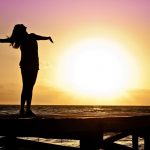 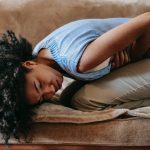 Next post What to eat when you have diarrhea
0 Shares