Lying by omission to make your life easier, embellishing reality to impress someone, we are all more or less guilty of it. Among scammers, falsifying reality is even a way of life. However, mythomania goes even further, it’s a pathological tendency to exaggerate or tell lies that are often rooted deeply in the patient’s past and self-esteem.

A pathological tendency to lie

The term mythomania comes from the Greek mythos, meaning legend, and the Latin mania, meaning madness. It was Ernest Dupré, a French psychiatrist who, in 1905, first defined mythomania as a “pathological tendency, more or less voluntary and conscious, to lie and to create imaginary fables.”

Today, mythomania is colloquially referred to as the disease of lies. However, even if it is true that mythomaniacs lie a lot, often, to everyone, what characterizes them the most is that they lie first and foremost to themselves. They themselves believe in their fantasies.

What for? According to experts, they do so to protect themselves from reality. Mythomania is above all a disease of self-esteem. Of course, most of us experience more or less small moments of mythomania; human beings have this natural tendency to embellish reality a little, to present themselves in a positive light.

However, for mythomaniac people, it is a visceral need to be admired, to attract attention, to be complained about. For them, lying is a way to live with a narcissistic push to respond excessively to what they think are the expectations of those around them.

Most often, we find this psychological fragility in adults who suffered from a certain lack of interest during their childhood. Or who, conversely, were too adulated, or spoiled in infancy. A traumatic event can also be a trigger.

Unlike scammers or manipulators who invent stories to achieve practical ends, the mythomaniac person does it above all to satisfy their insecurities. They experience a certain form of pleasure in believing and making believe that all desire is achievable. They have somehow remained at the psychic stage of “magical thinking”, a normal stage of development between the ages of 2 and 6 when a child imagines that what they think can act directly on the world.

When mythomaniacs find themselves confronted with their lies, some will sink even further into lies, others will opt for the truth. It is not uncommon for them to have anxiety attacks so intense that require medical intervention. This is often the only opportunity for them to discuss their disorder with a doctor.

While psychological care is essential, mythomania remains difficult to treat because the reasons for its triggering are often too painful and buried. Furthermore, the patient is very rarely the one seeking help. This request often comes from their entourage who find themselves overwhelmed by their condition. Treatment, of course, can only work if the patient agrees to be treated. 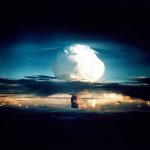 Previous post No one can win a nuclear war, says nuclear powers 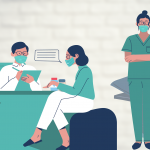 Next post Why do I need to fast before surgery?
0 Shares