The greenhouse effect is a natural phenomenon causing an increase in the temperature on the surface of our planet. Indispensable for our survival, this fragile balance is threatened. Human activities affect the chemical composition of the atmosphere and cause the appearance of an additional greenhouse effect, which is largely responsible for current climate change.

Two-thirds of the energy from the sun is absorbed by the atmosphere, the soil and the ocean. The remaining third is directly reflected back to space by clouds, aerosols, the atmosphere and the earth’s surface. The atmosphere and the earth’s surface in return emit infrared radiation which clouds and greenhouse gases (water vapor, carbon dioxide, ozone and methane for the most important) absorb and re-emit largely towards the ground.

Greenhouse gases have the particularity of being practically transparent to solar radiation and opaque to infrared radiation emitted by the earth. Thus why the energy is trapped. This phenomenon has been called the “greenhouse effect” by analogy with a gardener’s greenhouse. It is estimated that without this greenhouse effect of the atmosphere, the average temperature on the surface of the earth would be at most – 19 °C instead of the 15 °C that we know.

Greenhouse gases (GHGs) are characterized by their ability to absorb infrared radiation, which gives them a role in the earth’s radiation balance. The most important natural gases are water vapor, carbon dioxide and methane.

Greenhouse gas emissions due to human activity relate exclusively to the following gases:

Nitrogen and oxygen, essential constituents of the atmosphere, are not involved in the greenhouse effect.

For the temperature of the earth-atmosphere system to be stable, the energy balance at the top of the atmosphere and at the surface must be zero. In 2009, researcher Kevin Trenberth and his collaborators proposed an estimate of this balance sheet, by adding and subtracting all of the energy exchanges estimated from observations and models: solar radiation reaching the atmosphere, the part absorbed and reflected, heat generation from the surface, etc. In the end, they estimate that the energy balance at the top of the atmosphere and on the surface is in excess of 0.9 (0.7 to 1) W/m2 (energy flow per square meter). According to these authors, this excess energy, responsible for a warming of the earth-atmosphere system, comes from the additional greenhouse effect: that which is caused by an excess of greenhouse gases released into the atmosphere by human activities.

Intensive agriculture and animal husbandry are responsible for the additional greenhouse effect due to methane and nitrous oxide emissions.
Added to this is the production of other halocarbon-type artificial gases that do not exist in their natural state: they are found, among other things, in air conditioning systems or aerosol cans.

Aerosols, contrary to greenhouse gases, for the most part have a cooling effect on the planet. They are naturally present in the atmosphere (volcanos, fires, etc.…) but their concentration has greatly increased with industrial activities. The suspended particles absorb and diffuses solar radiation, part of which is returned to space. Part of the solar radiation is therefore missing from the atmosphere, but also from the earth’s surface, hence this cooling effect. In addition to this direct consequence, aerosols have an impact on the formation, physical composition and albedo (reflecting power) of clouds. These indirect effects also cause cooling. Conversely, warming effects linked to aerosols are also possible (in particular for carbon aerosols and the deposition of aerosols on snow), but the cooling effects prevail overall.

Impacts of the greenhouse effect on the planet

While some consequences of a weakening of the greenhouse effect remain to be established, others, on the contrary, are already well known. The global warming which results from this imbalance will lead to a major environmental and social crisis: certain deltas in Africa and Asia will be engulfed by water due to the melting of polar ice, when it will not be whole countries which will disappear (such as the Maldives). The social impact should not be overlooked either.

The amplification of evaporation and precipitation phenomena and the disruption of jet streams – these huge high altitude currents – are all factors that are already increasing the frequency and intensity of droughts – like that known in California in 2016 — and floods.

The displacement of the distribution areas of organisms and diseases, and therefore large agricultural areas, would lead to the disappearance of species and ecosystems and a transformation of landscapes. In 2016 and 2017, the Great Barrier Reef, a treasure of biodiversity listed as World Heritage by Humanity, experienced two consecutive years of record whitewashing (1,500 km out of 2,300 affected in 2017). And according to an American study, one in six animal species could become extinct. A threat which would vary according to the regions of the world. Thus 23% of the species are threatened in South America against 14% in Australia and New Zealand.

Our planet could see an increase, in frequency and intensity, in extreme weather phenomena (storms, torrential rains, etc.).

All of these environmental changes are likely to have a profound impact on human societies.

Agricultural and fishery production will be affected as well as water resources. Consequences, according to the Food Bank and the UN: more than 100 million people could fall into extreme poverty and nearly 600 million could suffer from malnutrition by 2080.

Territorial security and infrastructure should also be affected via floods and other disasters (fires, etc.)

The health consequences of the climate change caused by the greenhouse effect could also be significant. A warming of 2 to 3 C would be enough to increase the number of people exposed to malaria by 5%. And by 2080, WHO estimates that an additional two billion people may be at risk of dengue transmission. Diarrheal diseases – resulting from water contamination – could increase by 10% in the next 15 years.

The consequences of these upheavals should therefore translate into an increase in the number of climate refugees and an increase in geopolitical instability. Residents of Bikini Atoll in the Pacific have already applied for asylum in the United States. And the Internally Displacement Monitoring Center counted some 83.5 million climate refugees between 2011 and 2014, while the UN predicts that they will be 250 million by 2050.

Finally, in 2007, the economist Nicolas Stern evaluated the economic cost induced by global warming of the planet between 1% and 10% of world GDP in 2100. 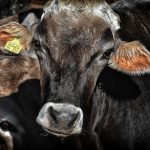 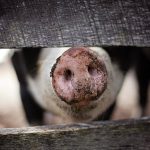