The reconstructions of the faces of prehistoric men are based on skulls and fossil bones found over the decades. On this basis, many researchers and artists set out to represent the most probable (according to them) image of what our ancestors must have looked like. Problem: Too often, these representations certainly refer to certain scientific criteria, but they also rely heavily on the imagination.

An international team set out to carry out this work while respecting the imperatives of scientific rigor and drawing on the most modern achievements in forensic medicine and computer science. The team worked on two famous Australopithecus: Lucy (3.2 million years old) and Taung’s Child (2.6 million years old). These hominids are distant ancestors of modern humans, knowing that the species Homo sapiens was formed around 300,000 years ago.

As the experts explain, their research shows that the reconstructions made so far have little solid evidence to back them up. Indeed, many reconstructions have been influenced by imaginary narratives of what is “primitive” and “savage” as opposed to what would be “civilized” and “modern”. A well-known example: the representation of Lucy evolving in the savannah with a companion and children, when the available data indicate that the concept of small family unit is a very recent construction in the history of mankind.

The researchers therefore proceeded as closely as possible to current knowledge to leave as little room as possible for interpretation (albeit inevitable). They offer their own reconstructions which combine the most recent scientific data and the work of a visual artist. Facial reconstruction is far from an exact science, because much is missing, especially in soft tissues, such as skin, muscles or eyes.

Here, the specialists (computer scientists, forensic pathologists, paleontologists, etc.) used specific software to achieve their work. They drew on recent developments in DNA analysis, which offers exceptional possibilities to improve easy reconstitution techniques. The big problem is that DNA samples are extremely difficult to find and use after so much time has passed. But other molecular approaches are possible (such as studying polypeptides), and they are the subject of intense research. In any case, the researchers insist on the fact that in this field, and even if uncertainties persist, imagination must give way to scientific rigor based on the most up-to-date knowledge. 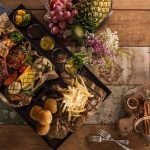 Previous post How many meals should you eat per day? 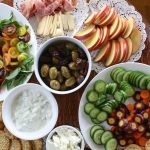