How many meals a day are optimal for health? Three, six, or even more? Here is what scientists recommend.

Some people think that eating six times a day is healthier than three times. Even experts sometimes claim that starting the day with a lavish breakfast stabilizes blood sugar and that eating five to six small meals a day prevents metabolism from slowing down.

So, there’s a lot of confusing advice about the optimal meal frequency.

Some people spend hundreds of dollars on dietary supplements to cleanse their gut. Others regularly clean their intestines through intestinal rinsing. But did you know that this is completely free of charge? Humans have a self-cleaning system that the body uses to cleanse the intestines and keep them in optimal condition.

According to scientists, the stomach and intestines have a system with which they clean themselves. The name of this system is MMC or Migrating Motor Complex. It consists of electrical impulses that trigger wave movements, so that indigestible components and food residues are removed from the stomach and small intestine and discharged into the large intestine.

This system is set in motion by a precise collaboration between the central and enteric nervous systems (the intestinal nervous system), the intestinal muscles, and various hormones. One of the hormones involved in this process is called motilin. The process works in four stages:

This system takes place every 90 to 120 minutes if the person has not eaten. So, it is a cleaning system that is activated between meals. That’s why some scientists talk about the “Interdigestive Migrating Motor Complex”. “Interdigestive” means “between meals”.

This is also where the problems begin because many people snack and snack a lot between meals. This blocks the activation of the MMC cleaning system.

How many meals a day are the healthiest?

Many nutritionists say it doesn’t matter how often you eat a day as long as you keep an eye on your calorie intake. The standard recommendation is to eat three main meals a day, supplemented by a maximum of four snacks. That’s seven meals a day.

However, when the body is offered food seven times a day, the MMC system does not always have enough time to cleanse the intestines. The food being spread throughout the day, combined with a lack of nutrients, can cause a lack of digestive enzymes, which hinders the optimal functioning of the digestive system.

Constant eating also leads to a hormonal imbalance, as insulin must constantly take action. The recommendation is, therefore, to eat a little less often but to serve a sufficiently satisfying meal. In other words, it is healthier to eat something every four to six hours than throughout the day.

Scientists report that people who eat once or three times a day are generally much healthier than those who eat six or more meals. It is also better for your teeth not to eat all day long, especially snacks with a lot of sugar that will harm the teeth in the long run.

People suffering from diabetes are often advised to eat something regularly, preferably six small meals a day. The idea is that large meals lead to large fluctuations in blood sugar, while smaller and more frequent meals are supposed to keep blood sugar stable during the day.

However, this is not scientifically supported, as studies show that people who eat fewer and larger meals have on average lower blood sugar levels. They may have higher blood sugar spikes, but overall, their levels are much lower.

This is especially important for people with blood sugar problems, as high blood sugar can cause all sorts of problems.

Studies have shown that eating the biggest meal of the day in the morning or early in the day lowers average daily blood sugar.

A study of people with type 2 diabetes showed that fasting increases blood sugar levels after lunch and dinner by midday. The occasional omission of breakfast can have benefits, according to studies, because intermittent fasting triggers a cellular cleansing process called autophagy.

In the process, waste products are removed from the body cells, which accumulate in the cells and promote the aging processes and diseases.

High levels of inflammation after eating

There is another reason not to eat all day: after each meal, the immune system comes into action and the inflammatory levels in the blood are greatly increased.

Scientists call this phenomenon PPIR: Post Prandial Inflammatory Response, an inflammatory response of the body that occurs after a meal.

Intermittent fasting has proven to be very beneficial against this type of inflammation in many studies. However, modern humans have a diet that is the exact opposite of the beneficial fasting method. Indeed, most people eat so often that they are pretty much in a constant postprandial state.

This means that the body is constantly busy digesting food. In particular, processed foods, which are rich in sugar and fat, produce an increased inflammatory state in the body.

A lot of people get tired after eating, sometimes so much that they have to take a nap. This is called Postprandial somnolence. The terms itis and food coma are also used.

There are many theories about the cause of this fatigue. For example, some experts believe that the blood from the brain sinks towards the stomach to help in digestion, making the person tired. Or that insulin causes blood sugar levels to plummet.

According to researchers, activating the immune system can also make you very tired. Foods are full of foreign substances such as proteins and bacteria. The immune system must take action to protect us from harmful microorganisms. Constant food intake constantly activates the immune system, which is very unfavorable to our energy level.

Researchers also report that eating a heavy lunch in case of fatigue can lead to unsafe driving behavior in traffic.

What to eat and what not

Researchers advise against a lot of fat, fructose, and alcohol to avoid the formation of inflammatory messengers in the blood after meals.

Instead, they recommend fiber, lean meat, omega-3 fatty acids, and active plant substances in the form of vegetables and fruits.

Fat and sugar open all doors in the intestine, letting LPS into the blood. LPS or lipopolysaccharides are endotoxins or bacterial toxins. They are located on the cell wall of gram-negative bacteria and the bacterial toxins are released when these bacteria die.

LPS easily comes with fatty acids and, once in the blood, can trigger inflammation by activating the immune system. LPS can also enter the blood when the intestine becomes more permeable.

To counteract this process and the absorption of LPS, scientists recommend taking glutamine, vitamin D, and broccoli sprouts daily.

In addition, an active lifestyle can reduce the inflammatory processes after a meal, while smoking and obesity are very unfavorable.

Even simple food puts our body in an inflammatory state, especially when the food is rich in sugar and fat. By eating less frequently but the right thing, we can make sure that our immune system calms down and give the intestine enough time to clean themselves. Unprocessed foods rich in healthy fats and anti-inflammatory plant substances, spread over up to three larger meals a day, seem to be the most beneficial. 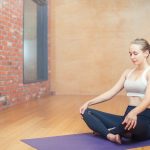 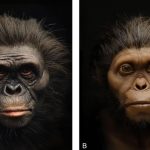