These also have almost the same diameter (about 50,000 kilometers, four times more than that of the Earth) and obviously the same structure: a small rocky core surrounded by a mantle of ice (water, hydrocarbons, and ammonia), itself enveloped by a gaseous atmosphere organized in layers. Their atmosphere is also composed of the same elements: dihydrogen and helium mainly, with a small proportion of methane (a hydrocarbon with the chemical formula CH4).

The absorption of red light by a molecule

Even though this molecule is present in only trace amounts, it is this molecule that is responsible for the bluish coloration of the two ice giants. Indeed, methane absorbs light with wavelengths in the red range and reflects light with wavelengths in the blue range. But the color of Uranus is much paler than the color of Neptune, whose deeper and more intense blue evokes the sea, hence the name given to it.

In Roman mythology, Neptune is the god of the sea, identified with the Greek god Poseidon.

So, how can we account for the different shades? There was never going to be a convincing answer. There’s no denying that Uranus and Neptune are not only the most distant, but they’re also the least well-known planets in our Solar System. While Mars and Venus have each been the target of dozens of missions, Jupiter has been visited eight times, Saturn four times, and Mercury has benefited from an orbiter and four flybys, Uranus and Neptune have only been visited once by a spacecraft: Voyager 2… thirty years ago! They were also simple flybys, with the spacecraft only “passing” within a few thousand kilometers of the twin planets.

An explanation for this difference in color has been discovered by a team led by astronomers at Oxford University in England. Their work has been uploaded to the Arxiv server, where it will be available for publication. Old spectroscopic data (in the visible and near-infrared) from Voyager 2, as well as data from the Hubble Space Telescope and several ground-based telescopes, are being used by the researchers to build and test new models of the atmospheres of Uranus and Neptune.

They show that the atmosphere of the two ice giants is composed of a “photochemical haze” that mixes and recombines at different altitudes to form stable and stratified layers. This haze is caused by ultraviolet radiation from the Sun that breaks down aerosols from the atmosphere. It concentrates, for both planets, at levels where the pressure is between 1 and 2 bar, where methane condenses into ice, and even produces snow at the lower limit of this zone.

A layer twice as thick and opaque

However, according to the models, Uranus’ haze layer “is significantly thicker than that of Neptune, by a factor of approximately 2,” according to British scientists. As a result, it increases its opacity, similar to that of tracing paper, which would explain why “Uranus appears to the human eye to be a paler blue color than the sky.” The reasons for why this layer would be thicker in the atmosphere of Uranus than in the atmosphere of Neptune have not yet been determined with certainty. The researchers speculate that Neptune’s more dynamic atmosphere, where winds can reach speeds of up to 2400 km/h, is to blame for the observation because it “cleans this layer of mist more effectively.” 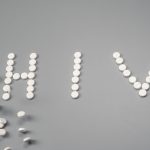 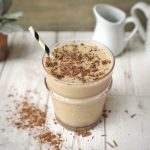