While monkeys and other mammals usually use screams as an alarm signal, humans can use it to express very different emotions – including positive feelings

In mammals, loud calls usually serve as alarm signals that warn fellow species of a predator or other danger. On the other hand, screams from humans can have very different meanings, as Swiss researchers now report in the journal “PLoS Biology”. Human expressions of emotion in the form of uncontrolled screams are not always only associated with negative emotions such as fear, pain, anger and grief. They can also be expressions of positive emotions such as joy and pleasure. As the scientists were surprised to discover, alarming screams are detected more slowly and with a higher error rate, triggering lower brain activity than other screams. One explanation for this would be that in the course of evolution, warning calls for human social life have become less important.

“Humans, like animals, can signal danger through screams. But apparently only humans use screams to signal positive emotions such as extreme joy and lust,” says Sascha Frühholz from the University of Zurich. He and his colleagues studied how many types of human screams there are, how accurately test subjects can distinguish them, and which brain regions are involved in processing such acoustic signals. To do this, they first made sound recordings of different screams. Twelve men and women were to put themselves in situations where they reacted with a brief scream. The predetermined situations included, for example: an attack by an armed stranger, jubilation about a sporting victory of their favorite team, the intimidation of an opponent or great pleasure during sex.

From the recordings, the researchers finally selected 420 screams, which were played individually or in pairs for the duration of 800 milliseconds at the same volume to other test subjects. From this, they identified six distinct categories of screams, including three of alarming character (cries of pain, anger, and fear) and three non-alarming screams (as expressions of great pleasure, extreme joy, and desperate sadness). Four of the scream types express negative emotions, the other two express positive emotions. Contrary to all expectations, the subjects reacted to non-alarming screams more quickly and recognized the emotion expressed with it more reliably than with alarming screams. This was also confirmed by images of the brain using functional magnetic resonance imaging (fMRI): “The brain areas in the anterior cerebrum, in the hearing cortex and in the limbic system were much more active and more networked in the case of happy or non-alarming screams than in alarm calls,” emphasizes Frühholz.

Until now, researchers assumed that humans also detect and process perceived alarm signals particularly quickly in the form of screams, as this is an important survival mechanism, says Frühholz. But unlike monkeys and other mammals, non-alarming screams – including those with positive emotions – would have become more important for communication. “This changed priority is probably due to needs that have evolved in the evolution of complex human social relationships.” 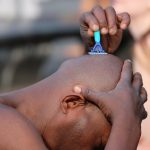 Previous post Important discovery in the fight against baldness 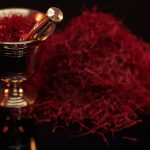