Stress is widely believed to contribute to hair loss and baldness — but scientists at Harvard University have now also discovered exactly how that works. According to them, a specific protein molecule called Gas6 plays a crucial role. This study was only conducted on mice for the time being, but may lead to treatments for hair loss and baldness in humans.

Late last year, Harvard researchers came up with a new explanation of the causes of gray hair, now those same scientists are offering new insights around hair loss. They point the finger at the same culprit: chronic stress. Although of course there are other factors involved, such as genetic predisposition, stress still seems to have a significant impact on our hair growth.

It is important to know that hair follicles have a natural life cycle, alternating between periods of growth and rest. During the growth phases new hairs are created, during the resting phases the hair follicles release hair more easily. It turns out that stress unbalances this natural course, so that the rest periods become longer and therefore more hair disappears than are created.

Stress hormone as the culprit

To test the action of Gas6, the scientists added it to mice in both normal and stressful conditions, and in both cases the molecule removed hair follicles from their resting phase and thus stimulated hair growth. On this basis, researchers can build on hopefully developing a treatment for hair loss and baldness caused by chronic stress. There is still a long way to go, because these insights apply primarily to mice and therefore a lot of additional research is needed in humans. 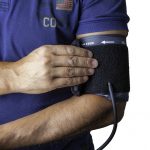 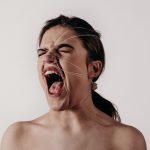